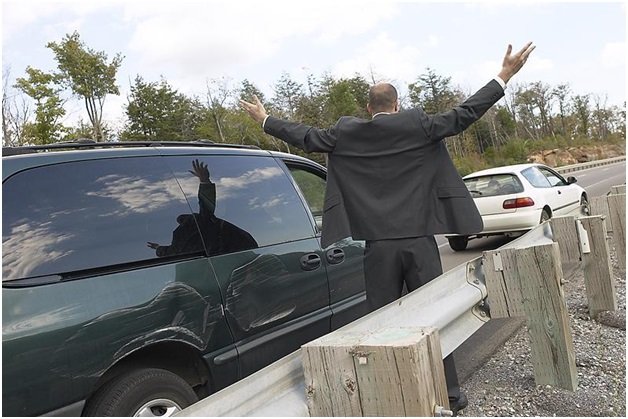 It’s a tricky thing to be on the road. You can drive as safely and as expertly as you like; you’re still at the mercy of every other driver. Their mistakes and bad decisions can affect you–even put you and your family’s life in danger–and there’s not all that much you can do about it.

Taking responsibility for things we don’t control is not something that comes easily to us. In the workplace, it means ulcers for middle-managers–the kind who take orders but don’t give them. For drivers, it’s the kind of scenario that can lead to road rage.

Yet a little wisdom can go a long way. You can’t stop disasters from happening, of course, but you can do everything possible to prevent them. Defensive driving is just as much about controlling your feelings as it is about others on the road. So swallow the frustration and learn to live with those problem drivers.

There’s an oft-quoted scene out of Sir Arthur Conan Doyle’s Sherlock Holmes stories in which the famous fictional detective explains the differences between seeing and watching.

Both he and Watson, who share an apartment, have climbed the stairs to their rooms many, many times. Watson has seen these stairs over and over again. But he’s never watched them, in the sense of having recorded information like, say, how many steps there are. What makes Sherlock Holmes a natural detective is that he counted them.

It’s not enough to see a dangerous driver while you’re cruising down the road. Once you notice the tell-tale signs such as speeding, erratic movements, and dangerous lane changes, you have to start watching them.

Being aware of what dangerous drivers are doing is the first step, and the most important one. But now you have to deliver.

It’s natural to be angry when you see someone driving dangerously, especially when you’re carrying your family along with you. The important thing is to resist the impulse to drive more aggressively in response. In fact, the exact opposite is called for.

When you see a dangerous driver, you should slow down and start driving even more carefully than you were before. Accidents happen quickly, and you’re better off putting some distance between you and the problem car before anything goes down. No shouts, no admonitions–that’s not your job. Your priority should be keeping yourself and your passengers safe.

There are times when other drivers are behaving so erratically that you may fear for others–even the bad driver. If, for example, the car’s weaving makes it clear that the driver is inebriated, it’s a good idea to let someone know.

Get the license plate of the car you’re concerned about and wait till your vehicle is stopped to make a call to the police. Tell them where you saw the car and why you think it may be a danger. It can mean all the difference for whoever ends up crossing paths with them.

Remember that even though dangerous drivers aren’t necessarily your responsibility, when you’re on the road, it’s up to you to make sure you and your passengers get home safe.