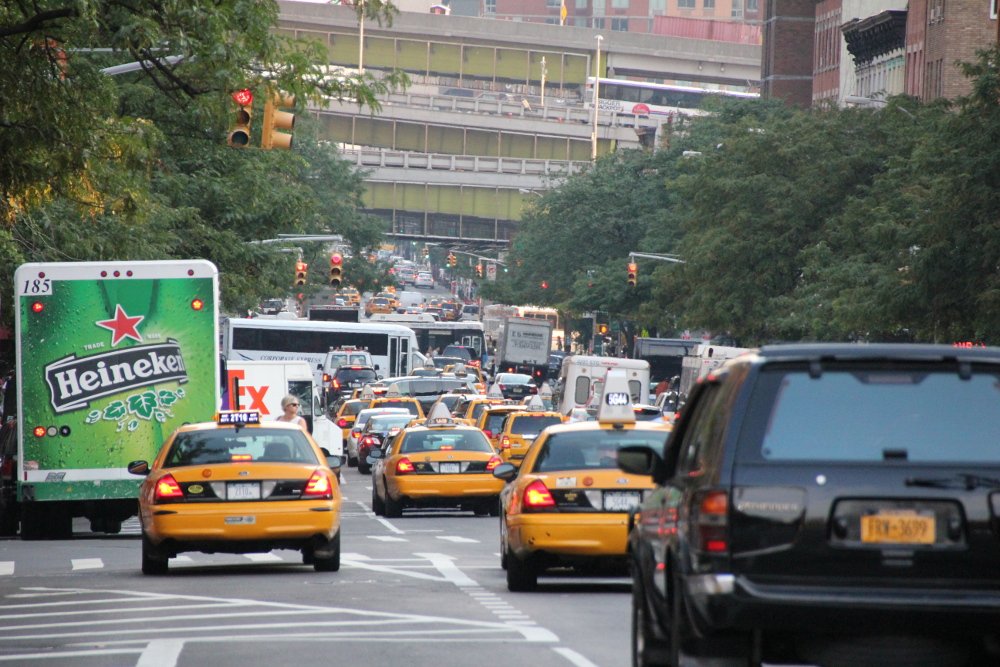 Regardless of where you live, we’re sure you’ve noticed it lately: it seems like every year, the sheer number of cars on the road increases – and as such, so does traffic, congestion, and all the things that make driving frustrating, painful, and ultimately dangerous. Indeed, American drivers set new standards last year, crushing records for total vehicle miles traveled in 2015.

So, in the face of ever-increasing drivers (and thus vehicles) on the road, how are we supposed to remedy the traffic problem? Can we even remedy it at all?

According to researchers, we actually can – by being selfless drivers on the road.

Researchers are MIT have been all over the increasing congestion in America’s roads , and through simulations and data collected over the years, they’ve concluded that a chief reason for this traffic epidemic is “selfish driving.” In other words, drivers will always attempt to choose the quickest, fastest routes possible – and usually, this means the exact same routes for everybody, thanks to technology.

Think about it: how many times do you consult GPS systems such as Waze or Google Maps before heading home from work – and how many times do you actually go against the data it gives you? Now think about how many people do the exact same thing as you, all to get back home in the fastest time possible. The result? Everybody takes the exact same route back home because it’s said to be the quickest – which causes a surge in cars on the road and (therefore) more congestion.

So what’s the solution to all of this?

According to the simulations held by MIT researchers, the simple solution to this issue is to be more selfless – that is, be more willing to take unconventional routes to your destination. It seems counter-intuitive, but when more people are taking a greater variety of routes, the amount of congestion in one optimal route is relieved by a significant amount. In simulations of major cities, traffic was reduced by as much as 30 percent – and all because a percentage of drivers took alternate routes.

The researchers used San Francisco as a prime example of this situation. In their projection, if a few drivers took a route that took 5-7 minutes longer, most other drivers would save a couple minutes, and some would even save more than 10 minutes.

What This Means for You

Don’t take this to mean that taking the road less traveled will shave 15 minutes off your commute home, however. The researchers make a point to state that, for the majority of drivers, the amount of time saved wouldn’t be significant enough to be beneficial. This solution is less about a shorter commute for yourself, but rather for remedying traffic for the city as a whole.

Still, it’s a great thing to consider, especially with the advent of emerging technologies such as self-driving vehicles, where passengers may not necessarily consider the commute home to be a waste of valuable time. Traffic may be bad now, but these findings may be invaluable in cracking the congestion code for years to come.