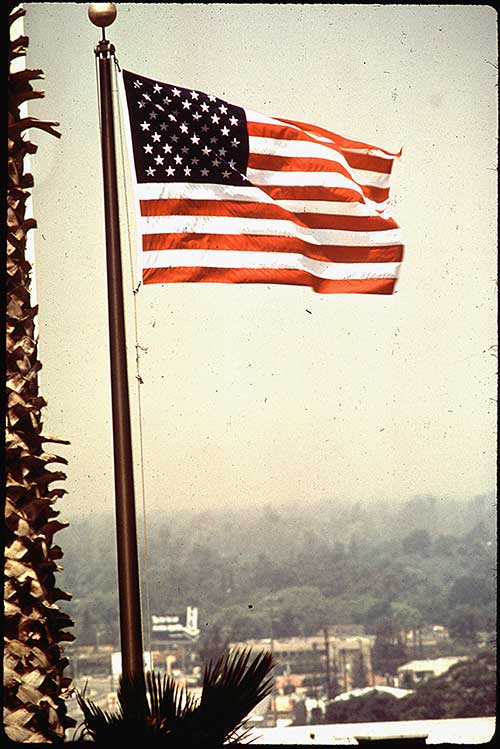 Smog pollution is the reason we have emissions laws

If you own a car, naturally you have to be concerned about the pollution it emits. You want the convenience of driving place to place, but you also don’t want to be polluting the air, and destroying the ozone layer, do you? That’s why states initially set up smog and emissions protocols, to ensure that Florida’s drivers weren’t adversely affecting the near-tropical climate and environment that Florida is famous for.

What Is Smog, Anyway?

In a nutshell, smog is “smoky fog,” and when talking about cars, it is the carbon dioxide and nitrogen oxide that they emit. Older cars were much worse, grossly polluting the air with heaps of billowy dark clouds, but in recent years, manufacturers have created fuel-efficient cars that curb, and even eliminate, many harmful emissions.

For a few years, Florida had auto emissions test requirements, but they were eventually abolished. This is (presumably) due to several factors. First, it was a hot-button political issue within the state, for both Florida residents and legislators. And second, there were several Florida counties that allegedly offered such clean air readings that the tests were rendered obsolete. If you just recently got your Florida drivers license, though, you have nothing to worry about.

Florida is a very large state – the 22nd largest in the country, in fact. And yet it has a relatively low population. This is in part due to the low number of major cities. Cities have densely-packed populations, and more people mean more Florida driver’s licenses. More Florida driver’s licenses mean more cars, more cars mean more smog, and more smog means a greater need for Florida smog and emissions checks. Sure, Miami, Tampa, Tallahassee and a few others account for a substantial part of the population, but there’s also a lot of open swampland, rural neighborhoods, and, well, space.

Also keep in mind that Florida has the second-most coastline of any state (second only to Alaska). With that Atlantic breeze and the Gulf Coast air, the smog dissipates a lot faster than in a landlocked state.

Even though there are no more mandatory smog checks in Florida, the state does offer rewards to drivers who opt for hybrid cars, and other environmentally friendly vehicles. If you purchase a vehicle that is certified by the Environmental Protection Agency (EPA) as “Inherently Low Emissions Vehicle” (ILEV), you are allowed to drive in the High-Occupancy Vehicle (HOV) lane at all times, regardless of how many passengers you have in your car.

A complete list of vehicles that qualify for the ILEV certification can be located at the Florida Department of Highway Safety and Motor Vehicles. If your vehicle qualifies, you may fill out an application and receive an HOV decal that will serve as your badge for carpool lane access.

So even though Florida’s air quality is great, it’s never a bad idea to help make it even cleaner.