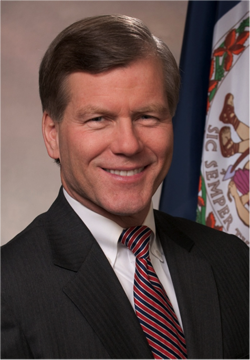 On February 5th, 2013 the Virginia General Assembly voted in favor of a bill that would make texting while driving a primary traffic offense.

If you sign the bill into law, the fine for a driver cited for texting and driving will be $250.  The fine for a second offense will be $500. This will be a dramatic increase from the current punishment, which is only a fine of $20.

In the past, you have expressed ambivalence towards texting and driving laws, believing that texting while driving is already forbidden under reckless driving laws. Late last year you stated, “There are probably 50 or 100 different behaviors you could single out, all of which you shouldn’t be doing in a car. But they’re all covered generally in our general reckless driving statute.”

For the sake of the safety of the people of Virginia, we want to respectfully urge you to reconsider your stance and promptly sign House Bill 1907 into law.

Distracted Driving is a National Crisis

According to a report by the Pew research center, 26% of teens admit to texting while driving. The same study reports that 40% of teens have been in a car while the driver operated their cell phone in a manner that put other people in danger. Considering that texting while driving increases crash risk by 23 times and motor vehicle crashes are the number one killer of teens, these facts should inspire anyone who is deeply concerned about traffic safety to take action.

Stiffening penalties will send a clear message that taking your full attention off the road just for the sake of using your phone is unacceptable.

In 2010 the National Highway Traffic Safety Administration (NHTSA) launched a pilot anti-texting and driving program called “Phone in One Hand, Ticket in the Other” in Hartford, Connecticut and Syracuse, New York. The program combined laws prohibiting cell phone usage while driving, a public awareness campaign, and strict enforcement.

The success of the campaign has lead to its expansion in California and Delaware. By signing HB 1907 and ensuring the resulting law is enforced properly, the people of Virginia can enjoy some of the same traffic safety benefits that the people of Hartford and Syracuse currently experience.

Young People Think They Can Do It Anyway

Despite the fact that Virginia traffic school teaches about the dangers of texting while driving, young people believe that they can competently fiddle with their phones and drive at the same time. According to the Ad Council, 77% of young adult drivers are either somewhat confident or very confident that they can safely text and drive.

Stricter penalties are essential to correcting these false ideas and keeping roads safe.

We have no doubt that you have the interests of your constituency at heart, and whatever decision you make will only be made after due consideration of all the facts available to you. However, in light of the abundant research on topic, we sincerely believe that signing HB 1907 is the best thing for Virginia.

Thank you for your consideration,