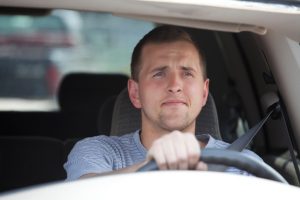 As long as your hands are on the wheel and your eyes are on the road, you’re practicing safe driving habits, right? Not necessarily. A recent safety culture index survey by the AAA Foundation for Traffic Safety revealed an interesting statistic: 71% of American motorists think hands-free devices are safer to use than hand-held ones while driving. However, according to research conducted at the University of Utah (which utilized laboratory, driving simulator, and instrumented vehicle settings), phone conversations (even hands-free ones!) were still a major form of distraction for drivers. Brain activity became suppressed, reaction times slowed, and many missed key visual cues, in addition to a hampered visual scanning. The researchers used a rating scale they created that ranked six specific tasks by the amount of mental distraction they cause for drivers.

The same held true for the other actions that researchers asked participants to complete, such as conversing with a passenger and using a speech-to-text email system and other voice-based interactions. In fact, using speech-to-text communications technology caused the highest level of cognitive distraction of all six tasks assigned to the participants! This study upends the logic that these technological systems help eliminate distraction behind the wheel. In fact, they’re doing the exact opposite by creating even more distractions.

More testing is needed in this area of study, as more surveys show that over 50% of American drivers believe that using hands-free devices while driving is acceptable. Though going hands-free may be an improvement, we’ve yet to solve the distraction issue.

For more information, check out AAA Foundation for Traffic Safety’s article on the dangers of hands-free technology and distracted driving.