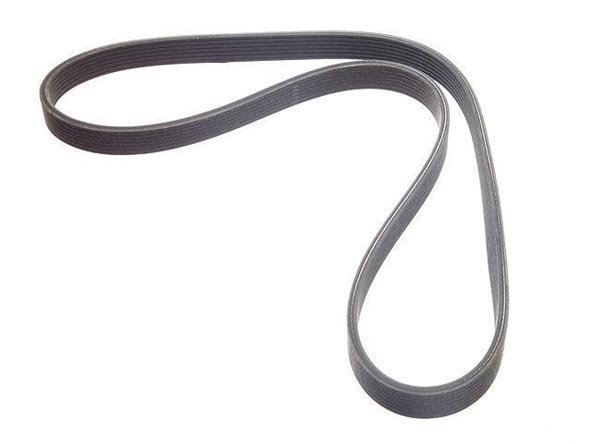 This is a Serpentine Belt. Learn how to inspect it here.

Learn How to Maintain Your Car Belts

There are hundreds of parts that all work together to keep your car on the road, but very few drivers know much about them. Sure, we all take drivers ed, but many of us never really delve into the actual parts that make the car work. In fact, most drivers never look under their own hoods, unless something is broken. We all know that gas goes in the gas tank, and air goes in the tires, but there’s so much more to be aware of.

Many drivers have a tendency to wait for something to break as an indicator that something’s wrong, but smart drivers understand that a little bit of regular maintenance can improve the life span of your car by years.

The belts that keep your car running are a perfect example. And if you didn’t already know that, then this article is for you.

Belts: What Do They Do?

Belts are one of the most crucial moving parts in your engine. They drive the alternator, water pump, and the power steering pump, among other things. If any of these components cease to function, your car could face serious, expensive problems – from loss of engine coolant to your engine seizing up. But fortunately, belts and hoses are relatively easy to check – if you know what to look for.

V-Belt: With a name derived from its tapered V-shape, V-belts are common on older cars. Engines that use these tend to have several, each one driving a different accessory.

Serpentine: Most modern cars use a single serpentine belt for their accessories, which can put additional wear and tear on the component. The serpentine belt is flat on one side, with several small V-shaped grooves on the other. It wraps around several pulleys; in fact, this twisting is what gives the serpentine belt its name.

Timing Belts: Much different from a V-belt or a serpentine belt, the timing belt is what connects an engine’s crankshaft with its camshafts. It helps to synchronize their timing, hence the name. Timing belts are wide and thin, but unlike other belts, the underside has tiny ridges, or “teeth,” to prevent it from slipping out of the cogged pulleys. Most engines have the timing belt enclosed, so you can’t see it just from popping the hood.

Many times, timing belts are used for other reasons as well. They can drive the oil pump or the balance shafts. Some cars do not use a timing belt at all, opting instead for timing gears or a timing chain.

Much like the V-Belt and the Serpentine belt, the timing belt can wear down and break. Unlike the other belts, though, a broken timing belt will cause major – and expensive – engine damage. A good mechanic will let you know if your timing belt needs to be replaced, and it’s a good idea to do so when recommended.

The first step in keeping your belts healthy and functioning is being able to spot the problems ahead of time. The following things can indicate problems with your belts:

How to Check Your Belts

Once a month, you should check the belts in your car for any visible signs of wear, and also for tension. Check their undersides for cracking or erosion.

Also check the inside of the belt for slickness or shininess. This is called “glazing,” and it occurs when the belt is too loose. Glazed belts can’t grip as well, causing the pulley to slip.

Pilling is the last thing you must look for. When the belt has low tension, the outer layer of rubber wears away, building up on the drive pulleys. This indicates some sort of misalignment that needs correcting.

If you are relatively new to driving, or if you’re still taking drivers ed, you probably want to take any perceived problems to a certified mechanic. Maintaining your belts regularly (monthly) will extend the life of your car, save you costly repairs, and help keep you safe.