In my daily bus commute, I overheard the following conversation, “If I had the Batmobile, I wouldn’t have to ride this stupid bus.” and it got me to thinking, “Hey! He’s right! If I had the car of my dreams, I wouldn’t have to ride this bus either!” So, in the next half hour of my ride, I dreamed up the following list of my “fantasy commuter cars.” Oh, if only life were like this. 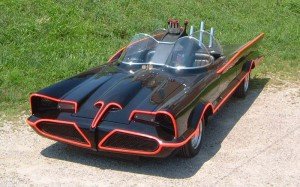 Yes, the Batmobile. But not the one in today’s movies. I’d prefer the classic TV show’s model. Why, you ask? Not as confining. The Dark Knight’s jalopy is like being in a bullet, while TV Land’s cruiser, is open (bubble top) and spacious. Oh, and a MUST HAVE ACCESSORY? The cowl and cape. How cool would that be!? 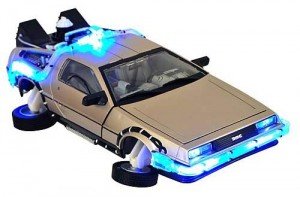 Gotta be  Back To The Future II  ’s flying car. Come on. Think about it. Not only could you go anywhere you want in time, but with a pail full of garbage and a simple flip of the switch – you’re flying over traffic jams! 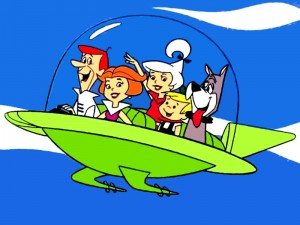 The Jetsons’ Flying Car. Same concept as the Delorean minus the time travel feature. Only worry; George Jetson didn’t have the best running flying car. Seemed to sputter and cough a lot, which, to my way of thinking, isn’t the safest car to have when you’re 200 feet in the air. And if you think the Jetsons’ car is a far-fetched fantasy, think again . 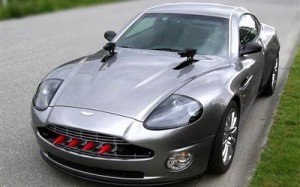 Any of James Bond’s cars. Think about it. Heat seeking missiles. 50 mm machine guns both front and back. Nail dropping tail lights and an ejection seat. Who   wouldn’t  get out of your way? 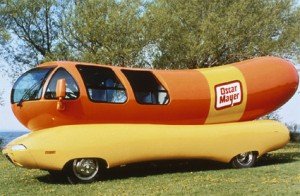 Yes, the Oscar Meyer Wienermobile. No, it would really be a pain driving this vehicle in traffic, but how cool would it be to be pulling up to school or your favorite chic restaurant in a Wienermobile.

So, these are my five fantasy cars. What do you think?