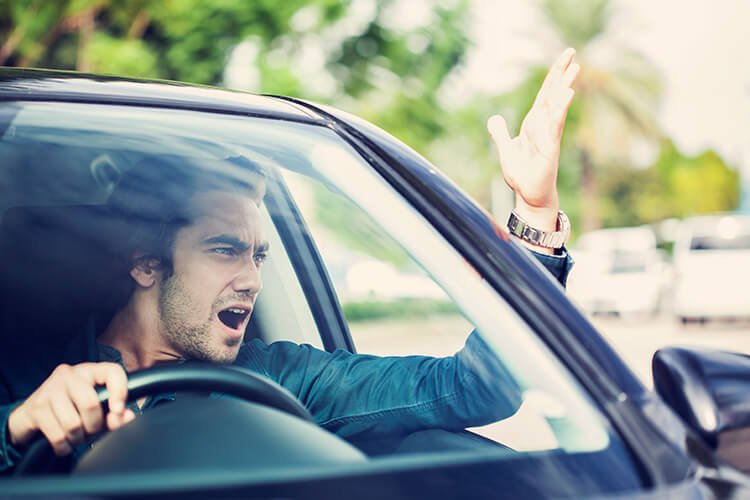 In November of 2005, 24-year-old Kierra Shore, a mother of twin toddlers, was on her way to her second job at an Applebee’s in Jacksonville, Florida. She merged onto a road and proceeded to travel to the left lane, ending up in front of a doctor named Salim Ghazi, who was on his way home from the airport. To Ghazi’s great annoyance, he had to slow his speed, and attempted to pass around Shore, but couldn’t due to impeding traffic. He then proceeded to tailgate her until he found a break in traffic and attempted to pass. Shore, equally as annoyed by being tailgated, sped up to prevent him from doing so. Witnesses reported that both cars then engaged in a highway race, traveling at nearly 90 MPH.

After he was able to get in front of Shore, Ghazi tapped on his brakes to prove a point. Shore was forced to swerve off the road to avoid hitting Ghazi, and crashed her vehicle first into a guardrail, and then into a wall. She was partially ejected from her vehicle and was killed upon impact. Ghazi did not stop; he simply kept driving, weaving in and out of traffic at high speed away from the scene.

Both in this story are prime examples of the road rage epidemic that is growing in this country. They participated in extremely dangerous driving behaviors, costing one of them her life… simply because they both got angry. The question is… what do we do about it?

Statistics show that Miami has the highest rate of road rage in the country… and the aforementioned incident just so happens to have occurred in Florida as well. But the problem isn’t limited strictly to the Sunshine State. New York City, Boston, Los Angeles, and Washington, D.C. were all close behind on the list – and are all considered some of the major metropolises of our country, with the highest populations. Higher populations mean a higher risk of crash or injury if this trend isn’t stopped as soon as possible.

Many factors contribute to aggressive driving . Especially in Florida, which is known for being a retirement destination, younger drivers become angry at the slower speeds that are typical of senior drivers. In New York City and Washington, D.C., high populations coupled with very small areas create major backup and traffic delays, which could get anyone’s blood boiling. But to get to the point where you would engage in a highway race, just to make a point… there is simply no comprehensible reason that would justify such dangerous (and dare we say childish) behavior.

What Do We Do?

Education is key, from proper Driver’s Education training as a teen to continuing that driving training into our later driving years. It’s crucial that we stay up to date with the latest defensive driving techniques, so that if we find ourselves on the roads with an aggressive driver, we have the skills to counter their actions and keep ourselves out of a potentially deadly situation.

It’s also incredibly important to speak up if you are in a vehicle with someone exhibiting these types of behaviors. Risking your life is simply not worth inhibiting yourself because of a fear of offending someone else. Whether it’s a spouse, a friend, a parent, or your child, you have to have the courage to say, “If you don’t stop driving this dangerously, I will ask you to drop me off at a safe location and I will find another ride home.” A taxi bill is worth the price of avoiding a fatal crash.

You may be wondering what happened to Salim Ghazi. After evading authorities for 4 days, a witness called in Ghazi’s license plate number, and he was charged with vehicular homicide. He claimed he did not know that Shore had crashed, but eventually pleaded guilty to a lesser charge of 2 counts of reckless driving, and was given a year’s probation and 150 hours of community service.

Was this enough? Did Shore’s participation in the road rage behavior that led to her own death mitigate the responsibility that Ghazi holds for causing the death of another human being? It’s hard to say. But it is an absolute fact that if we don’t curb our anger on the roads, tragedies like this will become more and more common. A woman died, simply because two drivers were attempting to make a point. It’s unacceptable at best, and reprehensible at worst. Just ask Kierra Shore’s twins.