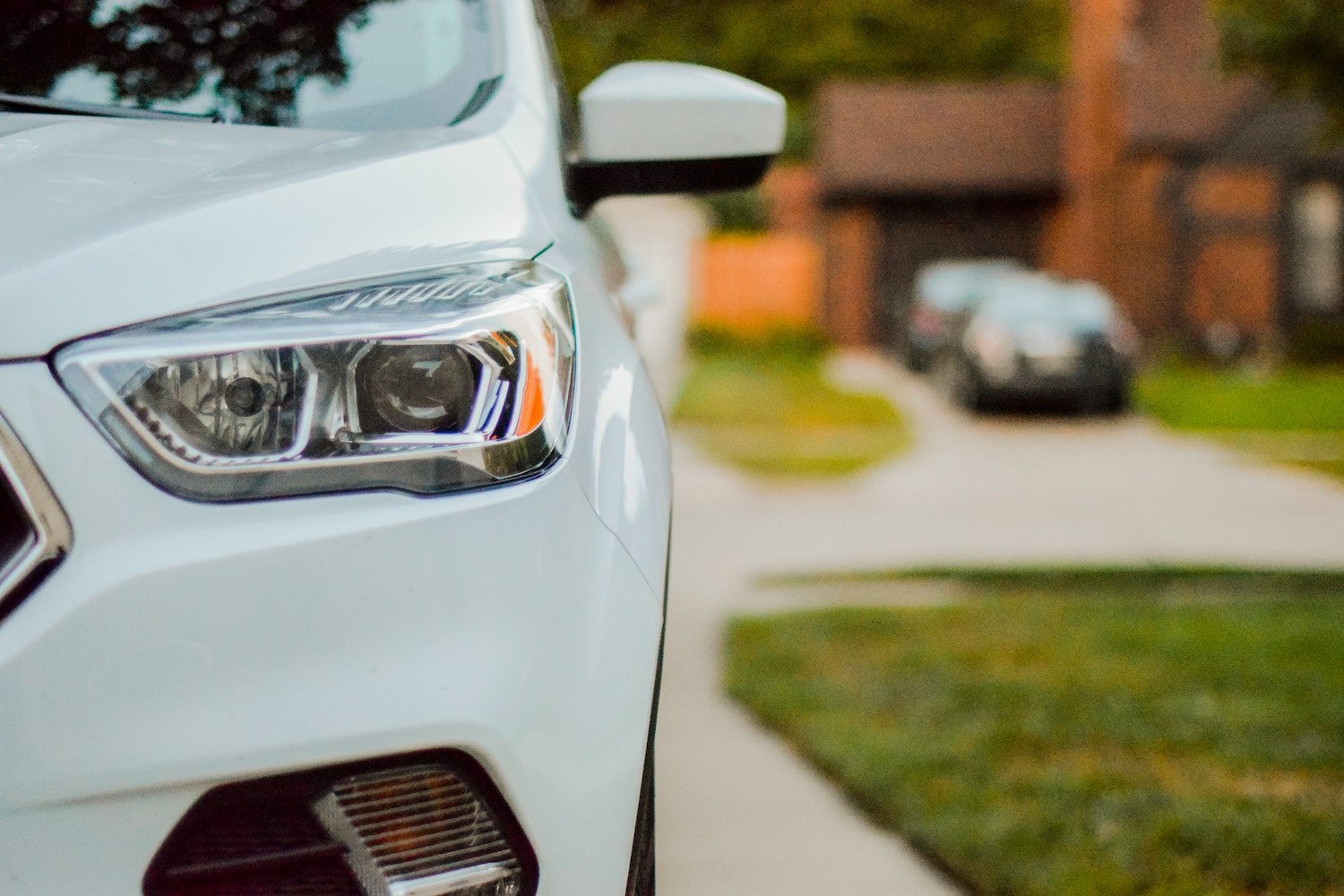 Your first car - it’s one of the few milestones that many teens can’t wait for, but most parents dread. While teens are feeling the freedom of getting a drivers license, their parents are worrying about the lack of oversight.

In most families, new teen drivers get a used car, if they get a car of their own at all. However, new cars include advanced technology that can keep teens safe on the road and possibly even prevent a collision. It’s the kind of technology that’s non-existent in many used cars.

The following guide will help parents choose a new or used car that will keep their teens safe without a hefty monthly payment and jacking up the auto insurance rates.

Newly Used - The Right Balance Between What Parents and Teens Want

Teens gravitate toward good-looking cars with power. Parents are often constrained by budget and safety concerns. It’s not necessary to appease a teen’s desire for a sports car or a pickup truck, but parents should also avoid going too cheap. Old cars are often called “clunkers” for a reason, and they may not end up being that affordable.

In most cases, the better option is for parents to look for the newest and most reliable used car model they can afford.

Why Newer Used Cars Are the Best Choice for Teen Drivers

Here’s the thing. Even the most responsible teen driver isn’t the safest driver. They just don’t have enough experience behind the wheel. That’s why safety has to be a priority. Ronald Montoya, Senior Consumer Advice Editor for Edmunds, agrees. He’s noted both new and used cars for teen drivers should include key safety features

“For teen drivers, your goal should be to find a vehicle that strikes the balance between reliability, vehicle size and standard safety features. Look for a mid-sized sedan or a smaller SUV for example. Stick with the base engine that offers enough power to get around but not enough to get into too much trouble. Keep an eye out for safety features such as blind-spot monitoring, stability control and backup cameras,” Montoya said.

Curtain airbags and electronic stability control (ESC) are a must, according to Consumer Reports. ESC uses a car’s brakes to prevent sliding during a turn. Consumer Reports also recommends cars with forward-collision warning and automatic emergency braking. Cars.com adds recommendations for lane departure warnings, blind-spot warning and rear cross-traffic alert. The latter feature is activated when backing up to spot objects behind the car.

Many of these safety features aren’t available in cars that were built before 2010. Recent laws now require manufacturers to add advanced safety features like backup cameras as a standard feature on all models. For that reason, parents should shoot to buy the newest model they can afford for their teen driver.

How to Find the Right Car for a Teen Driver

Focusing on safety features will help you narrow the list of possible options. The next thing that should be considered is reliability. No parent wants their teen driver to end up stranded on the side of the road, or increase their odds of getting into an accident because of a mechanical failure.

Japanese manufacturers like Toyota and Honda have long-standing reputations for producing outstanding vehicles that go for miles. American manufacturers also produce excellent cars, according to Carlos Lago, Editor at Edmunds. The good news is most are inexpensive to repair compared to foreign models.

“Though not a specific model, GM has teen driving safety features available across its lineup,” says Lago. “The suite of features does a variety of things, like locking out shifting after key-up if a seat belt isn't buckled, makes visual/audio warnings when a set speed is exceeded and has limits for speed (85 mph) and the top audio volume.”

Whether searching for new or used cars, the internet is a powerful research tool. Websites such as Edmunds, Kelley Blue Book and Consumer Reports provide a wealth of information. Parents should also research local dealerships to compare individual vehicles.

When you are comparing the safety of different models it’s also important to look at crash test ratings. Two of the best resources are the National Highway Traffic Safety Administration and the Insurance Institute for Highway Safety.

When shopping for a used car, parents should be aware of the Magnusson-Moss Warranty Act of 1975. Commonly known as the “Lemon Law”, it provides protection against vehicles that fail immediately after being purchased. Each state and the District of Columbia has its own version of the Lemon Law. A summary is available through the Better Business Bureau.

We know parents are super busy people that don’t have much time to take on a project as big as purchasing a vehicle. So we’ve done some of the groundwork for you! The following five used cars are highly rated, budget-friendly and include important safety features, often as standard equipment. In other words, they are great options for teen drivers.

2014 and Newer Honda Accord

The Honda Accord is a classic sedan with a huge following. The 2014 model includes a rearview camera and right-side blind spot camera as standard features. Lane departure and forward collision warning systems are optional. You can find 2014 and newer Honda Accords for as low as $10,000.

If efficiency is important in your family the Ford Fusion Hybrid is a great option. Not only does it get great mileage, the Ford Fusion also features airbags and available inflatable seat belts. You can find models for just $7,000, but at that price the vehicle will have 100,000+ miles on the odometer.

The Mazda CX3 features available blind-spot monitoring, a rearview camera and forward-collision warning. You can find a used Mazda CX3 with less than 100,000 miles for around $9,000-$10,000.

If your teen has their heart set on a compact SUV the Rav4 Crossover is an excellent choice. It features available all-wheel drive, which is very desirable for rough terrain or inclement weather, has a number of standard safety features and is a great value compared to other vehicles in the class. You can get an accident-free 2016 Toyota Rav4 between $13,000-$14,000.

Most parents would laugh at the idea of giving a teen driver a new car, but some families may find it’s the best option. This is often the case if the vehicle is going to be shared and one of the parents will be the primary driver. If the budget allows for a new car, the following five models are tough to beat in terms of safety and value.

When it comes to SUVs with the best safety and value the Chevrolet Equinox is hard to beat. It has an amazing array of standard features, including automatic emergency braking. You can also use the Teen Driver technology to set speed alerts or program the radio to disengage if the driver isn’t wearing their seatbelt. The Equinox starts at $24,995.

The Honda Fit is a great buy for any driver, but if you want to pair value with safety the EX trim is highly recommended. Stepping it up from the base model adds automatic emergency braking, blind-spot monitoring, lane departure warning, forward collision warning and lane keep assist technology. With a price tag of just $19,000 the Honda Fit EX’s price is hard to beat.

The 2020 Kia Optima is topping numerous lists of best new vehicles for teen drivers. This mid-size sedan has terrific safety and crash test ratings. Those ratings are partly due to the active driver-assist technology that includes blind-spot monitoring and rear cross-traffic alerts. At just over $24,000 the Kia Optima is a good buy.

The Subaru Impreza is a top pick if your teen will be driving over rough roads and through inclement weather. It comes with all-wheel drive standard, but the safety features are even more impressive. They include adaptive cruise control, forward and reverse auto braking, lane departure, lane-keeping, blind-spot detection with rear cross-traffic alert and adaptive headlamps. You can get all of this for under $21,000.

The Corolla has been around forever, but the latest model is taking safety to the next level. Toyota Safe Sense 2.0 is now standard. The safety features include forward auto-braking with pedestrian detection, lane departure warning with steering assist, adaptive cruise control and automatic high-beam headlights. Its base price is $20,555, but you can get the hybrid model for $24,055

The Best Cars for Your Insurance Rates

The idea of a newly licensed teen behind the wheel is anxiety-inducing for many parents. Teen drivers can also be expensive in terms of auto insurance. There’s nothing you can do about your teen’s age and experience level, but the vehicle you choose for them to drive can affect auto insurance rates.

Whether new or used, auto insurers like to see vehicles that include basic safety features such as airbags and antilock brakes. Shopping around helps to ensure that parents get the best value for money, the safest car for their teens and the lowest insurance rate.

Teens may be able to lower their auto insurance rates further by taking a state-approved drivers ed course or a defensive driving course. I Drive Safely offers both courses online - get started today!