How to Handle a Speeding Ticket 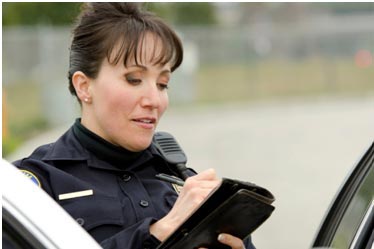 Let’s face it: getting your first ticket is downright scary. Someone in a uniform with a badge and a gun flashes lights and tells you that you did something wrong – that’s a lot more startling than your teacher getting on your case about unfinished homework. It takes a lot longer than you would have thought; the officer sits in his car and fills out paperwork for what seems like an eternity. Then you’re saddled with a stiff fine and a threat to your driving record – something that won’t go over big on the home front. You know these things happen to hundreds of drivers every day, but when it happens to you, it’s a very big deal.

The thing is, it’s supposed to be a little scary. As a new driver, everyone is concerned about you: your parents, the government, and other drivers. Teens are far more likely than any other drivers to get into accidents. If you broke the law as an inexperienced driver, for better or for worse, authority figures tend to want to scare you straight.

So it’s pretty natural to be afraid. But you’ll get through it, and it’ll be easier if you take a deep breath and handle it as best you can.

Obviously, tickets and their punishments vary widely in severity. Remember, though: the rules are more rigid for teen drivers, so even a relatively minor citation could end up costing you some driving privileges for a while. It’s the government’s way of trying to get you to be careful when you’re starting out. But that said, it’ll still take a pretty serious ticket to get your license suspended. It’s more likely that you’ll have a minor speeding ticket  – which you’ll still have to explain to your parents.

It’s really best to handle this sort of thing head-on. The car – and the insurance – are probably registered to your folks, so it’s not a good idea to keep it from them. If your premiums go up, it’ll mean a lot of headaches for them to try to figure it out, and they’ll probably be even madder when they finally find out. Just let them know what happened, and do your best to make up for it. If you act irresponsibly, you’re essentially proving to them that you’re not mature enough to drive yet.

Most minor citations allow you to take a driving school course to erase the points that would otherwise be added to your record. Points add up, so it’s a good idea to take care of them right away – but more importantly, even a couple of points can mean a sharp increase in your insurance premiums. Taking traffic school keeps the insurance company from finding out, so once you pay the fine, you’re in the clear. And it doesn’t have to be a hassle – many states will allow you to do your traffic school online.

It’s a lot of fun to get behind the wheel and have the freedom to drive how you want to, without having your parents along for the ride. But the roads are heavily occupied and heavily policed, and if you drive recklessly, it’s almost inevitable that something bad will happen sooner or later. Traffic tickets can result in stiff fines and huge insurance payments. Even though it’s an annoying experience, it’s best to try to be humble about it and learn your lesson. You’ll need to develop good habits sooner or later, and in the end it might have been better that you got the ticket now: for many of us, it takes a little kick in the pants to finally get it right.

Drive wisely and well, and hopefully you won’t have to deal with this sort of thing ever again.