Penalties for driving under the influence can be costly in any state, but some state penalties will leave you hurting far more than others. Find out which DUI laws are the harshest in the U.S. 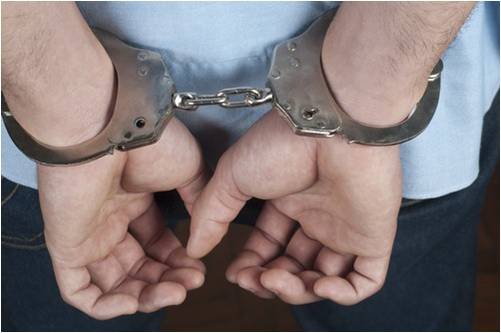 Having a good time is one thing, but taking that good time on the road is never a good idea.

Fines, jail time, a suspended or revoked license—do you know what you’re TRULY risking if you drive under the influence of drugs or alcohol? While the laws may vary by state, one thing all 50 agree upon is the legal blood alcohol content (BAC) limit. No matter where you’re driving, if you’re pulled over with a BAC of .08% or higher you’ll be in big trouble. And there’s no acceptable BAC limit if you’re under 21 years of age.

Here’s a hit list of the toughest DUI laws across the country.

For years, Arizona has been known as the toughest state on DUI offenders. It’s so tough, you’ll lose your driving privileges the moment you are arrested. All 50 states have incorporated ignition interlock devices (or IIDs) into DUI sentencing on some level, mostly for repeat or severe offenders. But Arizona was the first state to implement mandatory interlock device installation for a first DUI offence. Following Arizona’s lead, 16 states have made interlock devices mandatory or highly-encouraged for all offenses.

With use of this device required for 12 months, plus a laundry list of fees, mandatory jail time and more, Arizona tops the charts as the state with the toughest DUI consequences, particularly for first-time offenders.

Here’s a breakdown of DUI penalties in Arizona for a first offense:

If your BAC is higher the penalties will be harsher. The penalties for a first-time offense with a BAC of 0.15 or more include:

The installation of the IID costs around $50 to $200, and it could be more if you have a luxury vehicle. Plus you’ll have to pay for the monthly rental fee, which can range from $50 – $100 plus tax! Maintenance and data fees are also your responsibility.

You’ll also be required to take and pay for an alcohol education course. That’s another expense that will cost around $200.

One more fun Arizona fact: by law, all licensed drivers automatically give consent to a field sobriety test. If you get pulled over for suspicion of DUI and you refuse a test, you’ll lose your license for a year.

Unlike other states that have set the blood alcohol content (BAC) limit at 0.08%, Utah has a much lower threshold. You can get a DUI in Utah if you are over the limit of 0.05% BAC. That means the average person can have two alcoholic beverages in an hour and be close to or over the limit.

However, all states have a zero-tolerance limit for drivers under the age of 21 years old. And if you have a commercial drivers license the BAC limit is just 0.04%.

The award for the most expensive DUI conviction goes to Washington state. Not only are you risking up to one year in jail and five years of probation, but you’ll also pay up to $5,000 in fines for a first offense. Washington also requires an IID, hiking your fees even higher. And you’ll lose your license for 90 days just for getting pulled over.

State That Requires the Most DUI Jail Time: Massachusetts

All 50 states require some jail time for a DUI conviction, but the award for the most jail time goes to Massachusetts. You could have your license suspended for one year and could face up to 2 and a half years in jail if someone is seriously injured!

State With the Longest Loss of License After a DUI: Ohio

Pennsylvania is the only state where your driver’s license won’t be suspended for a DUI. While West Virginia has the shortest mandatory suspension time of 15 days, most states range from 90 days to six months without your driving privileges. But getting convicted of a DUI in Ohio could cost you your license for up to three years. The minimum is a 6-month suspension.

State With the Most DUIs a Year: North Dakota

So where do the most DUIs occur? Is it in a state that has some of the harshest penalties or one that’s more lenient?

Not surprisingly, California has the most DUIs annually. But that’s because it’s the state with the largest population. To get a more accurate read of which state has the most DUIs you have to look at convictions per capita.

When you factor in the state population North Dakota has the most DUIs. The percentage of drivers in North Dakota with a DUI conviction is 5.17% That may not seem like much, but the national average is just 2.27%.

State With the Most DUI-Related Deaths a Year: Montana

The only statistic that’s worse than DUI convictions is DUI-related deaths. DUI penalties are harsh because thousands of people are killed by impaired drivers every year. In total, there are approximately 11,000 DUI-related deaths annually.

These are just a few of the most severe DUI consequences. Keep in mind that there are other expenses and losses such as attorney fees, loss of employment, defensive driving or alcohol treatment course fees, raised insurance premiums… the list goes on. And this doesn’t even scratch the surface of the safety risks to you or others that can get seriously injured.

So next time, take a cab. It’s not worth it.