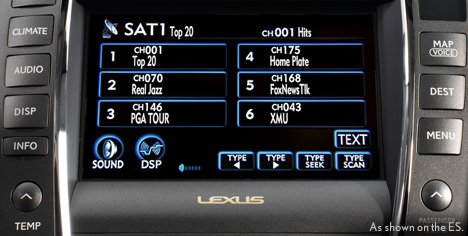 Everyone has their favorite tunes to listen to while on the road, but could your favorite song be adversely affecting the way you drive? A new study by  researchers at London Metropolitan University  suggests so.

Eight drivers were exposed to different playlists based upon music type, and were asked to drive 500 miles each. Over the course of their trips, researchers monitored their heart rates, driving skills, and changes in their behavior behind the wheel.

It was determined that the best tempo for safe driving was one that mimics the human heartbeat, falling within 60-80 beats per minute. Some of these included songs by Justin Timberlake, Coldplay, Elton John, and Radiohead. The more dangerous tunes were those that were markedly noisy and raised the heart rate past its natural levels. These pieces take the driver’s attention away from the road and focus it upon the music instead, causing them to speed up in order to match the tempo of the song.

Another interesting feature of the study was the different effects that each genre had upon men versus women. While hip-hop music made both more aggressive than the “safe driving” songs, it had a far stronger effect upon women drivers, causing them to brake more heavily and accelerate faster than the males listening to the same songs. And where dance music pushed women to speed faster, heavy metal was the speed catalyst for males.

Some of the worst songs to listen to included The Black Eyed Peas’ “Hey Mama,” Nickelback’s “How You Remind Me,” and “Heartless” by Kanye West. But the most surprising revelation was perhaps this: both men and women who listened to classical music drove far more erratically than in any other genre.

So the next time your friends or parents tell you to listen to something more “refined” or “cultured,” you may want to think again… and then throw on some Justin Timberlake instead.