No matter where we go, there’s always a degree of escapism to a road trip. There’s something liberating about the open road t that scratches some inherent itch. It’s a chance to reinvent yourself, if only for a short while. No matter where you go, you’re heading away from something, and towards something else.

So if you’re gearing up for your own sojourn, check out these books from guys who did it right. 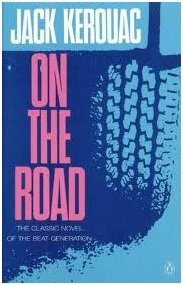 This might be the quintessential piece of road trip literature. Ironically, most of the traveling in this book is by bus. But it perfectly encapsulates that idea of unrest that can be solved by a change in perspective, of the fear of stagnation masquerading as noble vision quest.

In  On the Road  , Sal Paradise and his friend Dean Moriarty (fictionalized versions of Kerouac and fellow writer Neal Cassidy) spend their time in between New York and San Francisco, stopping in Denver, and at one point heading down to Mexico City. As with most great road trip novels, you’re never really sure if they are running away from something, or searching for something, or both. The best part is, it’s up to you to decide. 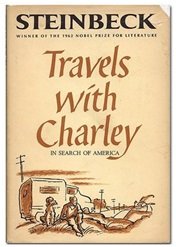 Years after  East of Eden  ,  Cannery Row  , and  The Grapes of Wrath  , Steinbeck loaded up his truck and his the open road with Charley. Who was Charley? His poodle. That’s right, he traveled all over America, meeting people, crashing campsites, sharing stories and tasting America with his dog. He outfitted his truck with a camper, named it Rocinate (after Don Quixote’s horse), and set out on a 75-day trip from Long Island, heading Northwest, and ultimately making a loop, counter-clockwise, around the United States.

Travels with Charley  is unique in that it has been purported as a work of nonfiction, with Steinbeck not masking himself like Hunter Thompson or Jack Kerouac. But there has been debate as to the authenticity of the story. Regardless, we dare you to finish this book and not head straight to the pound to pick up a travel companion. 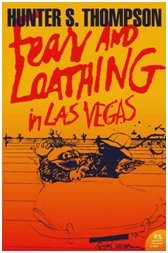 Fear and Loathing in Las Vegas

Behind all the liquor, mescaline, and amyls, there’s a fantastic tale about a man and his attorney, fevered and frantic, trying to get to Las Vegas for a magazine assignment. This book was grounded in reality – Thompson did indeed take two trips to Vegas, one with attorney Oscar Zeta Acosta – for magazine assignments. When it came out, the rampant drug use was still considered shocking. The trip to Las Vegas turned into the trip in Las Vegas, and ultimately, the journey from Los Angeles to Las Vegas became less important than the metaphorical rabbit hole Duke and Gonzo plummeted down “in search of the American Dream.” 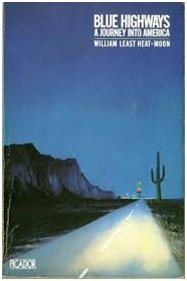 Again, the theme of both running away and towards is apparent. At age 38 he set out on his journey to get away from his divorce, and to find something new. One of the lesser-known road-trip stories on this list, this book chronicles the author’s 3-month journey to find himself. The title comes from Least Heat-Moon’s own term for the smaller, out-of-the-way roads that were shown in blue on old maps.