Feeling sleepy? Having a hard time focusing? Or is a new medical prescription speeding you up?

Many drivers don’t realize Driving While Impaired (DWI) and Driving Under the Influence (DUI) don’t just apply to alcohol and illegal narcotics. They can also apply to:

Doctor-prescribed meds or working all night can get you a DWI/DUI without ever having a drink. Read labels carefully and always err on the side of caution to avoid that situation.

If you are emotionally distraught, that’s another type of impairment. Your mind will be on the issue at hand, not the road in front of you. And never fight or have distracting, emotional conversations while on the road.

Let’s take a look at a few stats and facts that highlight why impaired driving is such a big problem that every driver needs to help solve.

We know impaired driving is bad, but how bad is it? The latest data from organizations like the National Highway Traffic Safety Administration (NHTSA), CDC and the National Institute on Drug Abuse is pretty eye-opening.

None of us should ever drive impaired, but also never get in a car with a driver who is impaired. Instead, do what you can to prevent them from driving. They may seem under control, but reaction time and focus may be severely limited.

Marijuana and Alcohol Use Stats

Alcohol-impaired driving caused 29% of traffic fatalities in 2018. That’s one death every 50 minutes.

A total of 12 million drivers confessed to driving stoned during 2018. In comparison, 21 million admitted to driving drunk. In states that have legalized marijuana traffic fatalities have not increased but traffic accidents have.

Marijuana users are twice as likely to be involved in fatal car crashes than people with no indicated marijuana use. However, it’s hard to nail down an exact figure because many people consume alcohol at the same time. A study from the National Highway Traffic Safety Administration that controlled for alcohol use as well as age didn’t find that significant increase.

The latest official crash totals may be much lower than they actually are and don’t fully represent the problem of drowsy and distracted driving. Despite that, the NHTSA found that in 2017 alone 91,000 crashes were the result of drowsy driving. AAA estimates that 109,000 accidents a year are caused by driving drowsy. Those accidents caused approximately 50,000 injuries and 800 deaths.

An in-depth study by the AAA involving video dash cameras found that least 9.5% of vehicle accidents are caused by drowsy driving, but some estimates put it as high as 21%.

Did you miss an exit? If short term memory seems to be a problem, it’s an indication you’re too tired to drive. Remember the last few miles? What did you pass? If you can’t remember, pull over and take a nap. 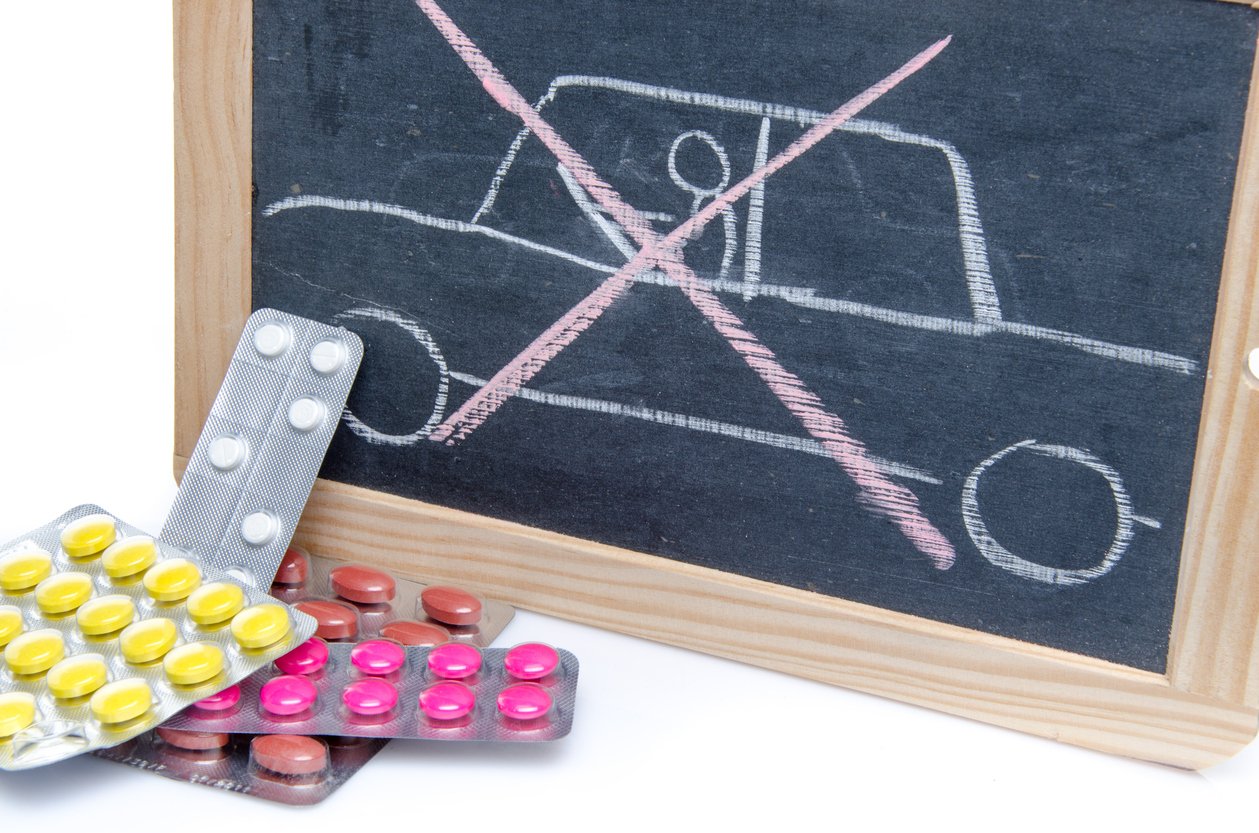 Stats for Driving on Prescription Meds and Opioids

That prescription medication your doctor gave you could earn you a DWI. The opioid epidemic is bringing up new reports from law enforcement that show drugged driving is on the rise.

The 2018 National Survey on Drug Use and Health (NSDUH) found that 12.6 people drove while under the influence of illicit drugs. Marijuana was the most common drug found in drivers’ systems, but nearly 20% of those drivers tested positive for an opioid.

The most recent data showed that 1 in 5 drivers who were charged with a DUI had opioids in their system.

But it’s not just opioids that are a problem. Taking any prescription drug that negatively impacts driving then getting behind the wheel can be considered drugged or reckless driving. It does not matter if you are taking the correct dose.