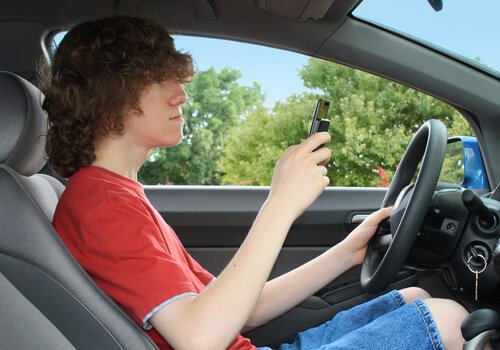 One may be the loneliest number that you’ll ever do, but thanks to recent findings, it’s also potentially the most dangerous number on the road. A study recently sponsored by Liberty Mutual Insurance and Students Against Destructive Decisions (SADD) revealed that 48 percent of teenage drivers text more when driving solo, compared to when driving with friends or family members.

Essentially, that means teenagers are more prone to driving distracted when they seem to have no glaring distractions in their car. What gives?

You Don’t Need to Be Always Connected

While those aren’t bad things to do – communication is important, after all – save it for when you’re not on the road. Both of those circumstances can be avoided by taking care of them before you even start your car. Once you’ve figured out plans or updated your parents, stow your phone away and don’t touch it until you’ve safely arrived at your destination. It really is as simple as that.

At its surface, this statistic isn’t too far-fetched. After all, being on the road by yourself can be lonely, boring, and even sleep-inducing – and your phone can be your virtual friend that’ll keep you awake, alert, and focused on the road. While texting and driving is nonetheless unacceptable, using visually-intensive, video-heavy apps like Facebook and Snapchat is beyond irresponsible.

Don’t give in to FOMO – Fear Of Missing Out. Nobody has to be constantly glued to their devices, intent on staying up-to-date with even the most minor of developments. Checking your favorite celebrity’s Instagram or watching that hilarious cat video can wait for a safer, quieter moment when you can fully appreciate the content.

Whatever’s happening on the information superhighway can wait the half an hour it takes to get home from work or school. It takes a split-second to end up in a dangerous situation – just take a look at this video from the Automobile Association of America’s Foundation for Traffic Safety:

Remember this simple rule of thumb: if you think you shouldn’t be doing it, don’t do it.