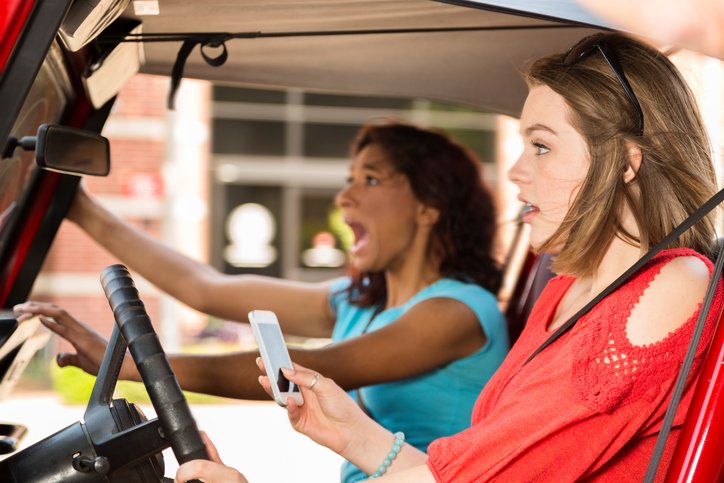 Teens know they shouldn't use their cellphones or answer texts while driving. It would be hard to find anybody who hadn't heard that answering a text on the road was dangerous. All but three states ban text messaging while driving. Any cell phone use by new or teen drivers is banned in 38 states and the District of Columbia because of the dangers of distracted driving.

Even though they know the facts, some teens do still text and drive.

Why Are Cell Phones Still Used behind the Wheel, If It Affects Driving Safety for Teens?

Human nature holds part of the answer. Professor Catherine C. McDonald, Ph.D., RN, a Senior Fellow at the Center for Injury Research and Prevention (CIRP) at the Children's Hospital of Philadelphia, conducted research to learn why teens texted while they were driving.

Teen focus groups told McDonald they felt they needed to be "constantly connected" using their cell phones, including while they were driving.

Can the Need to Be Hyperconnected Be Playing a Role?

Other research backs up McDonald's findings. The Pew Research Center reported in August 2018 that 72% of teens checked for messages or notifications as soon as they woke up. About 40% of teens said they felt anxious when they didn't have their cellphone. More than half of teens surveyed said they felt lonely, disconnected, or upset without their mobile devices.

Teens know they shouldn't be so attached to their cell phones, texting, and social media apps. The Pew Research Center learned that over half of the teens they surveyed in April 2018 were "taking steps to cut back on their mobile phone use."

The best description Pew researchers provided for the relationship between teens and cell phones -- along with 15% of parents -- was "hyperconnected."

What Do Teens Say about Cell Phone Addiction and Distracted Driving? 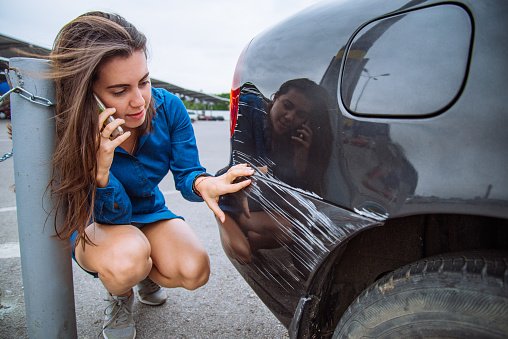 Teens are aware that using their cell phone in the car is dangerous and told McDonald that they felt empowered when they made decisions about their passengers, cell phone use, and safe driving. Some even gave examples of how passengers could answer the phone or text enabling the driver's attention to stay on the road.

Teens were also aware, however, that "bad" passengers could distract driver attention by showing videos or humorous pictures or texts.

Teens also see their cell phones as safety devices, and they are right: we all want our cell phone nearby in case of car trouble or other emergency needs.

What Can Teens and Parents Do to Combat Distracted Driving?

Leaving cell phones at home is not only an undesirable option in today's hyperconnected world, but mobile devices are also critical to other aspects of safety while driving, including the ability to make emergency calls. But like any other habit, the need to feel constantly connected via cell phone can be changed. The Children's Hospital of Philadelphia created a TeenDrivingPlan practice guide which includes videos and training materials that help to empower teens to make safe driving decisions. eDriving.com's Mentor app uses smartphones and telematics to help to guide and improve a variety of driving and driving-related behaviors.

A message that has emerged from McDonald's research on teen drivers' perceptions and attitudes is that friends can be safe driving partners. Family members can also act as driving safety assistants. Cell phones are such a powerful technology that the natural urge to "stay connected" sometimes outweighs drivers' conscious knowledge that answering a text while driving is unsafe. Combining technology like Mentor by eDriving with help from family and friends is the safest strategy of all.