It’s such a focal point that in 2016, a variety of public and private groups, as well as state and federal organizations, banded together to form the Road to Zero Coalition, a coordinated, data-driven response to the increase in roadway deaths. Since October 2016, more than 450 organizations, individuals and companies have joined the coalition.

“The aim of Road to Zero is to get to zero deaths by 2050,” National Safety Council (NSC) President and CEO Deborah A.P. Hersman said. The NSC oversees the Road to Zero initiative. “It’s not impossible – it just hasn’t been done yet. Working together, we will find new solutions to old problems and eliminate these preventable deaths.”

According to the NSC, due to the number of motor vehicle collisions in 2017, more than 4.5 million people required medical attention as a result of their incident, which cost the public nearly $414 billion. In all, 40,100 people died in 2017 in motor vehicle crashes.

“The price we are paying for mobility is 40,000 lives each year,” Hersman said. “This is a stark reminder that our complacency is killing us. The only acceptable number is zero; we need to mobilize a full-court press to improve roadway safety.” 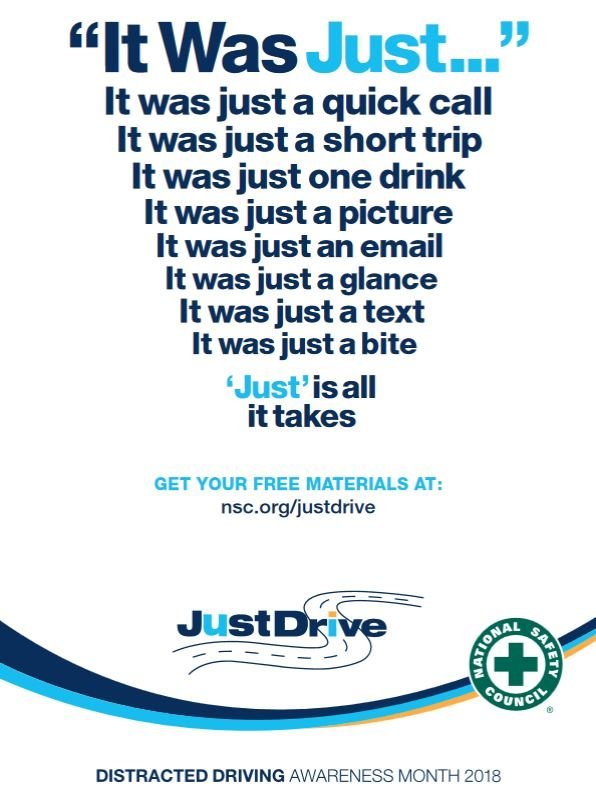 Look Up, Not at Your Phone

Many local enforcement agencies across the U.S. have announced plans to target distracted drivers in the coming weeks.

Marvin Mailey, Deputy Chief of Police of the City of Dover Police Department in Maryland, said he’s asked his officers to focus their enforcement efforts on distracted driving violations and seat belt violations this month.

"Distracted driving, specifically the use of cell phones while driving, continues to be a major factor in crashes in the city, following the trend of state and national data as well," he said. "While our total amount of vehicle crashes (1,817) was a five-year low for the city of Dover (in 2016), I firmly believe that we can continue to drive that number down through distracted driving enforcement efforts and make our streets safer to travel.”

Over on the West Coast, the Washington Traffic Safety Commission (WTSC) has announced that the Washington State Patrol will increase its presence on roads this month, specifically April 2-14, in search of drivers who can’t keep their eyes off their phones.

The state recently passed its new “Driving Under the Influence of Electronics” (E-DUI) law, which bans drivers from holding cell phones or watching videos while they are driving, stopped in traffic, or at a stop light. The law restricts hands-free use to a single touch. Nearly 1,500 drivers have been ticketed each month since Washington’s new E-DUI law went into effect in July 2017.

Be a Part of the Solution, Not the Problem

The NSC is asking the public to use these life-saving measures to help curb the growing rates of distracted driving–related injuries and fatalities:

This April, commit to saying “no” to distractions – don’t answer that work call, or reply to that text, or check your newsfeed on Twitter. Just drive. 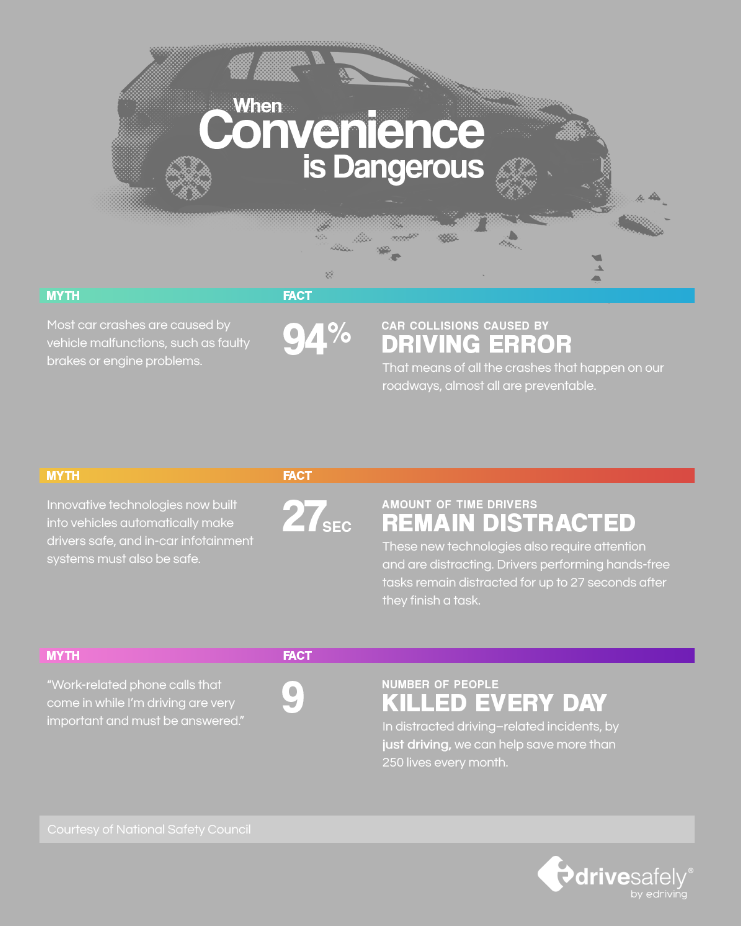