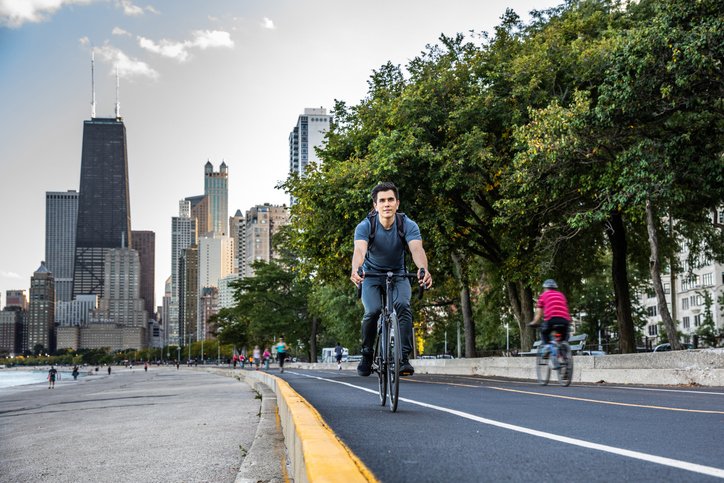 In recognition of National Bike Month, we're looking at the safest and most dangerous American cities for cyclists.

This list, released by ADT in 2018, is based on data collected by the National Highway Traffic Safety Administration and the League of American Bicyclists. Looking at statistics including the number of commuter cyclists, fatal crashes and bike lanes, ADT determined that these are the safest cities for biking in the U.S.

The Best Cities for Bike Safety

This Northern California town has long been a leader in cyclist safety. In fact, WIRED published a story back in 2009 titled: "What makes a city bike friendly? Ask Davis, California."

"Bike City USA," as Davis is known, shows how long-term planning can make a city safer for cyclists. In 2014, Davis released an 84-page update to its Bicycle Action Plan. It includes sections on everything from gender equality in cycling to information on its bicycling education programs for kids. The plan's goal is to protect Davis' nearly 6,000 commuter cyclists.

An hour from Davis is another popular spot for cyclists. According to the City of Berkeley, nearly 10 percent of the city's employed adults bike to work. That's more than 10 times the national average. The city is less than 18 square miles, but it has more than 1,000 bike racks. In fact, citizens can even request additional bike racks and track those requests online.

Boulder is so committed to cyclist safety that it clears bike lanes before roads after a snowfall.

According to the city, most crashes between bikers and motorists occur at crosswalks or intersections, and more than 60 percent result from drivers not adequately checking for cyclists. For that reason, Boulder has implemented its 3-2-1 campaign:

3: Drivers should allow at least three feet of space when passing a biker.
2: Cyclists should ride next to each other only when it's safe to do so.
1: Ride single file when cars are attempting to pass.

On its website, the City of Eugene says it has bike lanes, bike boulevards, and off-street trails to get riders where ever they need to go, regardless of where they live. Residents can look online or stop in any bike shop to pick up a free cycling map.

At this point, you might have noticed a pattern. It's no coincidence that Northern California towns top this list. In fact, the League of American Bicyclists named California the third most bike-friendly state in 2017, giving it the highest ratings in infrastructure and funding, education and encouragement, policies and programs, and evaluation and planning.

While the aforementioned cities are leading the way when it comes to bicycle safety, others are falling behind. These are the most dangerous American cities for bikers.

The Worst Cities for Bike Safety 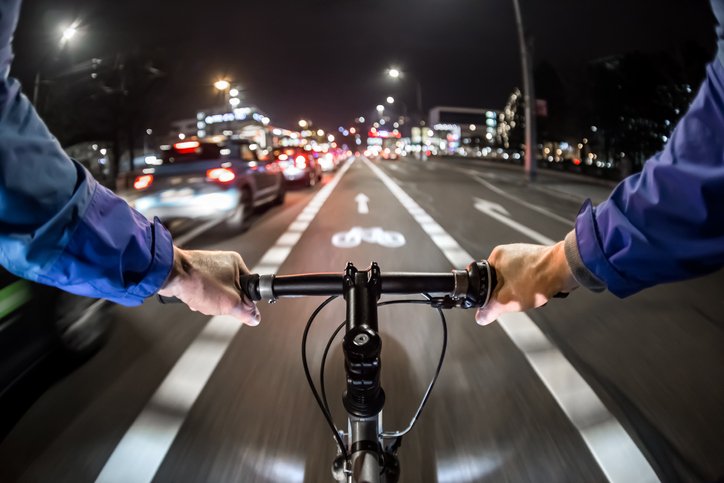 In 2018, Fortune named Los Angeles the most congested city in the world. On average, residents of the City of Angels spent 102 hours stuck in traffic jams during 2017 alone. Given the number of cars on the roads, it's no surprise that L.A. can be dangerous for bikers.

In 2017, 245 people were killed in Los Angeles traffic accidents and many were bikers or pedestrians, according to Outside. Some local organizations blame legislators for prioritizing driver convenience over cyclist safety. For example, speed limits were raised in December 2018 from 40 to 45 miles per hour in some parts of the city that are historically dangerous for bikers, BIKE THE VOTE L.A. said.

Though New York is one of the most dangerous cities for cyclists, it appears the roads are getting safer for Big Apple bikers. According to New York Public Radio, more than 40 miles of protected bike lanes were installed throughout the city in 2017 and 2018. In 2018, 10 cyclists were killed in crashes in New York City, the lowest number since the city began keeping track.

Additional bike lanes and more cyclists on the roads seem to be contributing to the turnaround. Studies have shown that bikers are safer in numbers, and nowhere in America are there more cyclists than in New York. The city's bike share program, Citi Bike, offers 12,000 bicycles alone.

According to the Des Moines Register, Iowa averaged 300 bike crashes per year involving cars between 2004 and 2015. In Iowa, like much of the country, a growing percentage of these accidents involved older bikers. For example, the number of crashes involving 50 to 69-year-old Iowan cyclists has increased by 50 percent over the last 10 year

North Dakota has no shortage of off-road biking options, and the Fargo area alone has more than 200 miles of cycling trails. Fargo's bike share program is also entering its fifth season. Though Fargo has taken steps to become safer for bicyclists, it must be tough for a city to become bike-centric when the average temperature is 42 degrees.

To learn more about how to become a safer driver on the road, and help cyclists stay safe, visit IDriveSafely.com.