Seat belts save lives, but only if you and everyone else riding in a vehicle are wearing them. Government research reveals that young drivers are much more prone to car accidents than for any other age group, thus consistent seat belt usage reduces casualties due to such incidents. If you or your passengers aren’t convinced wearing seat belts is the right thing to do, then read on as we examine two important reasons why you should.

According to the Centers for Disease Control and Prevention (CDC), 31 states have primary enforcement of seat belt laws. This means a police officer can stop a car if he or she observes either the driver or the front passenger is not buckled in.

In 18 states, you’ll find secondary enforcement of seat belt laws. This means police officers are only allowed to ticket you for not wearing a seat belt if they stop you for some other offense, such as speeding, running a red light or engaging in reckless behavior.

Even if you as the driver buckle in, you’re still responsible for paying the ticket and related court costs if your front seat riding passenger is not buckled in. Although you’re not likely to incur points against your driver’s license for not wearing a seat belt, you may accumulate points for other ticketed offenses.

In any case, your Motor Vehicle Record (MVR) as maintained by your state’s transportation department lists all infractions. If your insurer obtains a copy of your MVR, they may raise your car insurance rate, notes CNBC. Certainly, from a financial standpoint alone, not wearing a seat belt can prove very costly.

If the potential financial loss isn’t enough to convince you and your passengers to buckle up, then the injuries you can sustain if you get in an accident should.

Specifically, you might slam into the steering wheel, hit your head on the windshield, find yourself tossed around the interior or otherwise lose control of the car. If the initial impact doesn’t result in serious injuries, losing control of a still moving car could. Air bags aren’t able to provide enough protection alone, but when buckled in, air bags coupled with wearing seat belts can make a big difference. 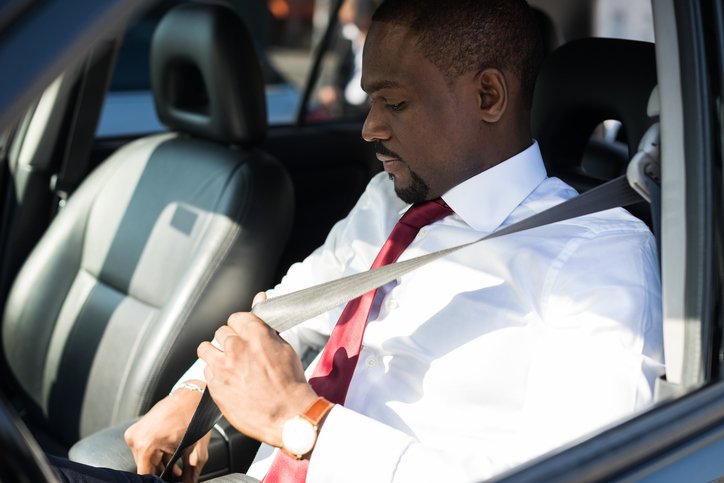 So, what about passengers sitting in the rear seat? Given that there are no laws requiring them to buckle up — besides children in a car or booster seat — the protection afforded by the rear compartment should be sufficient, right?

Absolutely not. In fact, a study conducted by the University of Tokyo reveals that when rear seat passengers are not buckled in, this greatly increases the chance of casualty to the driver and front passenger by at least fivefold. Indeed, it is as if their weight increases exponentially as the force of their bodies slam into the front seats.

"They catapult into the front part of the vehicle and strike the upper body of the front-seat occupant in the back of the head and neck," said Dr. Fred Hansen, an emergency room physician at the University of Iowa. Clearly, the consequences of rear-seated passengers not buckling in may prove catastrophic.

Get in the Habit

Practice safe driving habits by buckling in and requiring everyone in your car to do likewise. If a passenger refuses to buckle up, then hold your ground by not driving until they comply. When operating a motor vehicle, you’re responsible for the conduct of everyone riding inside, a point worth reminding your passengers.