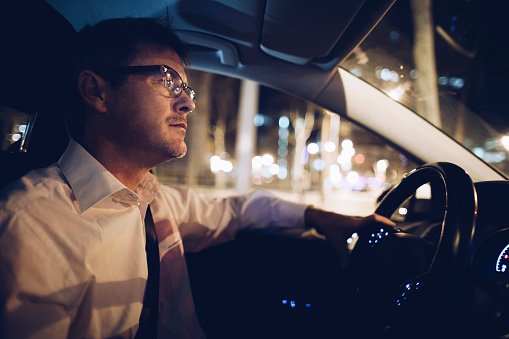 As the days progressively grow shorter, many individuals find themselves conducting much of their daily lives in dark, or twilight, conditions.

Driving at night poses a unique set of hazards, largely related to the cover of darkness. Although only 25% of all driving occurs at night, more than half of all traffic fatalities occur at night.

Vision is significantly impaired by darkness, even when the individual involved suffers from no visual impairment. In low light, the brain receives less visual stimulation from the eyes, and must, therefore, rely more on memory to “see” what’s happening.

This reduced visual stimulation can result in misperceptions by drivers, according to Marc Lamber, an attorney with Fennemore Craig, P.C., in Phoenix, Arizona. Lamber spearheads the firm’s Stop Distracted Drivers campaign and formed the Plaintiff Personal Injury Practice at the firm.

“The most obvious is visibility, reflection, and perception,” Lamber said. “As an example, it is more difficult to discern (or) perceive another vehicle’s closing velocity at night. So, you make think you have more time to execute a left-hand turn, and you really don’t. Also, if a driver doesn’t have perfect vision, the vision challenges tend to be more acute in dark conditions.”

Pedestrians are especially at risk from hazards associated with night driving; 62% of all pedestrian fatalities occur after dark.  For instance, a pedestrian wearing dark clothing during the daytime might be readily visible to an oncoming car, while the same pedestrian at night would largely blend into the background.  The potential result is a tragic and deadly collision, said Traffic Safety Expert John Langan, a former officer with the Warminster Police Department in Pennsylvania and founder of the National Association of Traffic Accident Reconstructionists and Investigators. 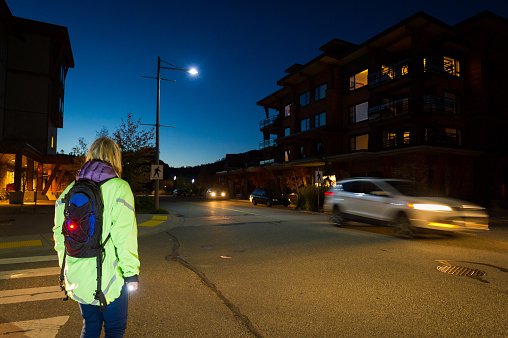 “Pedestrians are over-confident when estimating speeds of vehicles and believe that because they can see the approaching vehicle, the driver can see them from the same distance,” Langan said. “In reality, that is rarely true. Consequently, they put themselves in harm's way and don’t protect themselves when they could have and should have,” Langan stated.

The dangers of nighttime driving are exacerbated by the presence of impaired drivers.

“More than half of drivers on the road after dark are impaired in some manner. Impaired drivers are four times as likely to be involved in a crash (than nonimpaired drivers),” Langan stated.

However, distracted driving recently surpassed impaired driving as a leading cause of accidents, according to Langan.  Many states ban the use of hand-held cell phones while driving. However, even talking on a cell phone hands-free is hazardous behind the wheel.  In fact, drivers using hands-free cell phones are just as likely to be involved in a crash as impaired drivers, according to Langan.

While it’s impossible to eliminate all the hazards associated with of night driving, slowing down significantly reduces the risks. Specifically, slowing down allows for more reaction time to compensate for reduced visual conditions. Additionally, drivers should turn on their headlights as dusk begins to improve their visibility to other drivers and pedestrians as well as to illuminate the road ahead.

“Obviously you want to make sure that all your lights are working properly, including brake lights, and that the light covers are clean and clear. Sometimes, as the driver, you don’t realize that one or more lights are out. Before you operate the vehicle in dark or visibility challenged conditions, you should physically inspect your vehicle and whether all the lights are working correctly,” Lamber stated.