The popular sitcom Seinfeld ended its 9-season run in 1998 by sending its 4 main characters to prison for neglecting to assist a stranger who was being carjacked at gunpoint. Their “crime” took place in a small town in Massachusetts, and was said in the show to be part of the town’s new set of “Good Samaritan laws.” As a result of the airing of that episode, many people came to believe that it is legal, or even common, to be arrested for doing nothing to assist others in need. 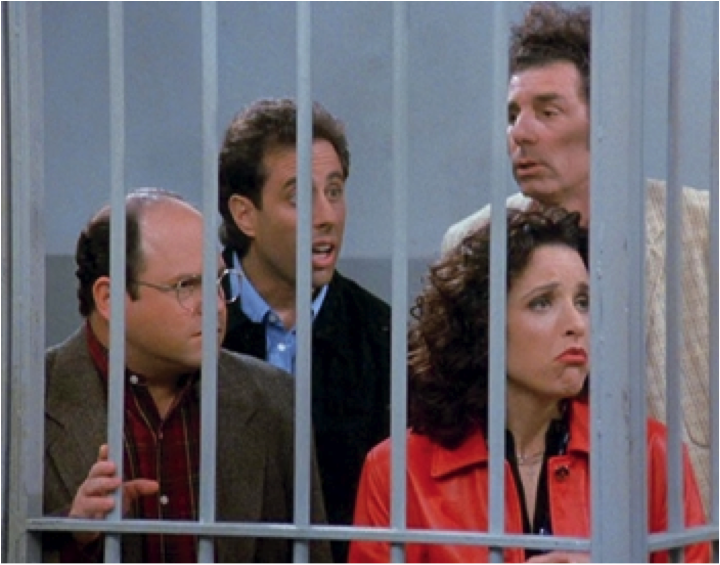 The truth is that Good Samaritan laws do exist in all 50 states, but they are not what the writers of Seinfeld portrayed them as. Good Samaritan laws do not compel a person to take action for fear of legal recourse, but rather they protect them if, in the event of rendering aid, they accidentally harm someone. A common example of this might be improperly performing CPR to someone whose heart has stopped or causing spinal damage by recklessly yanking someone from the wreckage of a car accident. 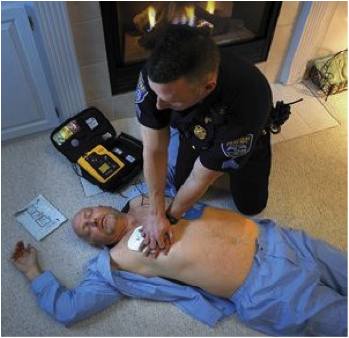 The purpose of these laws is to alleviate the fear people may have of facing legal recourse from helping others. It is an attempt by lawmakers to encourage helpfulness and heroism, within reason. There are supporters and opponents of these laws, and they both have valid points. Strangers will be far less likely to go out of their way to help others (and possibly endanger themselves) if there is a chance they will be penalized for attempting to save a life. However, many careless and uninformed people actually do more harm than good in the process of “rescuing” strangers who never requested their assistance. The limits of what is considered “reasonable” are also blurry and open to debate.

An excerpt from Hawaii’s Good Samaritan Act is as follows:

What the Seinfeld gang was actually guilty of more accurately falls under what are called “Duty to Rescue laws”. These are laws that punish people who do not render aid to others when it is reasonable to do so. While generally no one is obligated to get involved in the affairs of strangers, there are exceptions, such as when a special relationship exists between the people involved. These special relationships can include parents and children, spouses, invited guests on private property, employers and their employees (while on the job), and emergency workers (within the scope of their professions). You are also required to assist to the extent of your abilities if you caused the dangerous circumstances affecting someone, which is why crimes like hit-and-run are taken so seriously. 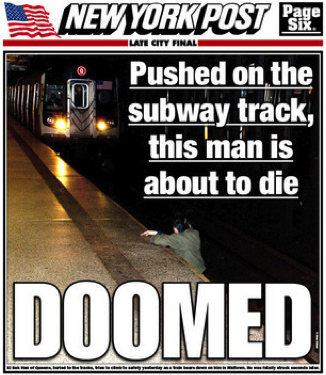 There are, however, 10 states which now require that strangers notify the police anytime they are witness to a crime. Additionally, Massachusetts (where the Seinfeld troupe was nabbed), Wisconsin, Minnesota, Vermont, and Rhode Island all have laws requiring some kind of direct assistance if it is needed and reasonable, with a possible fine of up to $100 for infringement. While enforcement of these laws is reportedly rare, the fact that they exist is a powerful indicator of the potential role of government in legislating morality.

Some wonder how Duty to Rescue laws would have changed the situation for a man who was recently killed as dozens of people watched him helplessly stuck on subway tracks for a full 22 seconds before facing his oncoming doom. The witnesses who did nothing to help included a New York Post photographer who apparently had time to taken dozens of pictures of the man, and in later interviews admitted he was waiting for someone closer to the victim to help him up. Psychologists call this group-wide expectation that someone else will take action the “diffusion of responsibility.”

A society where complete strangers feel inspired to risk their own lives to help one another in times of need sounds almost universally appealing. However, where do we draw the limit for the law’s role in influencing morality and basic human decency? Does everyone have an intrinsic obligation to help each other, even when the situation has nothing to do with them? Or should we be free to be more selective about when we choose to get involved with others? Do charity and heroism maintain their appeal when mandated under threat of fine or imprisonment? What do you think?