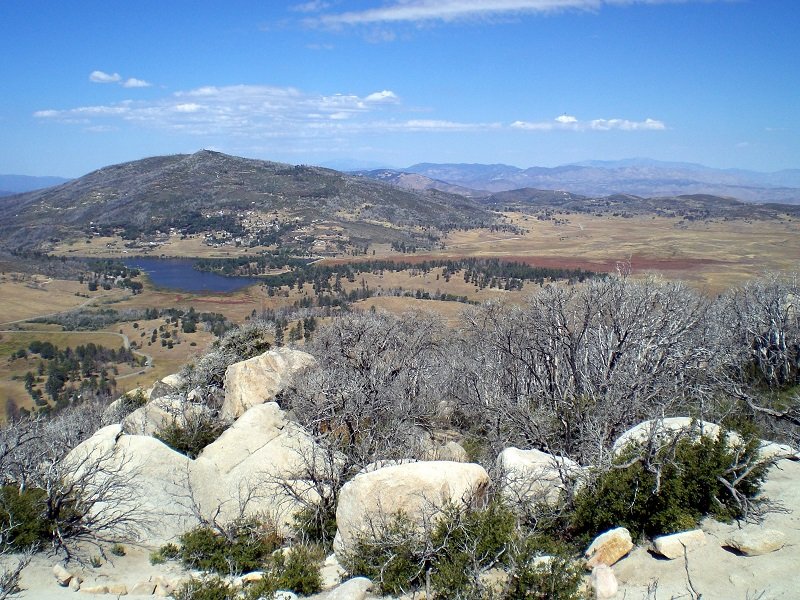 With Labor Day weekend fast approaching, many folks are undoubtedly scrambling to get their last minute vacation plans settled. As Labor Day marks the informal end of summer – and the beginning of school (boo!) – most people have the grand idea to spend a weekend at one of the United States’ many beaches.

Whether a lake, an ocean, or even just a piddling stream, spending your weekend cooling down near a body of water sounds like a downright relaxing effort – but personally, I think it’s anything but. Unending traffic, crowded beaches, and impolite, often rude tourists can transform a relaxing vacation into just another stressful day.

That’s why this year, we’re going to the other end of the spectrum. Instead of hightailing it to the beach, we’re loading up the coolant, checking on our tires, and taking a road trip through the rolling San Diego hills and into the scorching desert. 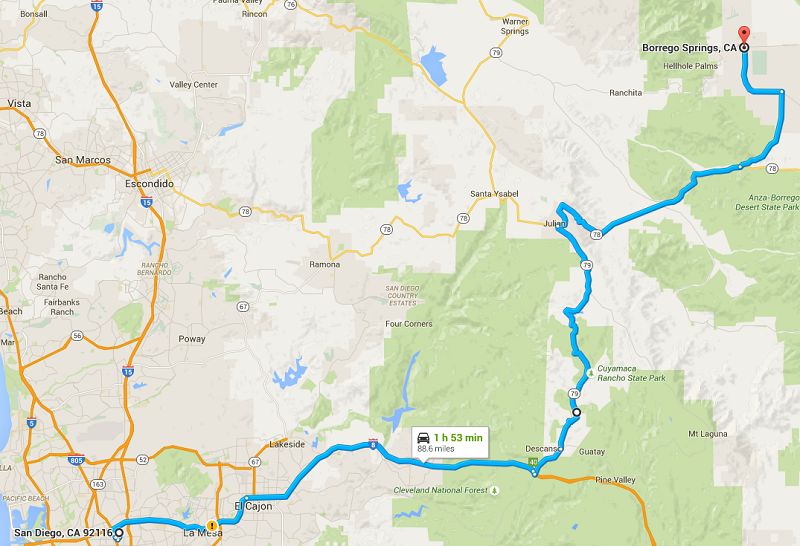 Our route starts at my home in the North Park neighborhood of San Diego. From there, we’ll take the Interstate 8 east and pass on through beyond the civilized portions of the county, until we hit the Cleveland National Forest and California State Route 79. From there, we’ll go north until we hit a little path/highway called Montezuma Valley Road – go east on that, and eventually you’ll hit the wonderfully quaint desert town of Borrego Springs, CA.

Outsiders may associate San Diego with beautiful beaches, but there is so much more to do and explore in this beautiful county. Through the two hours spent on the road, you’ll encounter the following:

However, once you hit Borrego Springs, you’ll forget about all that.

The Towering Monsters of the Desert

Borrego Springs isn’t really a sight to behold. It looks like a small city ravaged by sun, sand, and dirt – houses are dilapidated, people are noticeably absent, and there isn’t much in the way of food, drink, or lodging. A roundabout ironically named Christmas Circle remains the de facto “town square,” and it’s not exactly an impressive sight. Take a turn onto Borrego Springs Road, however, and you’ll find some terrifyingly great
monuments. 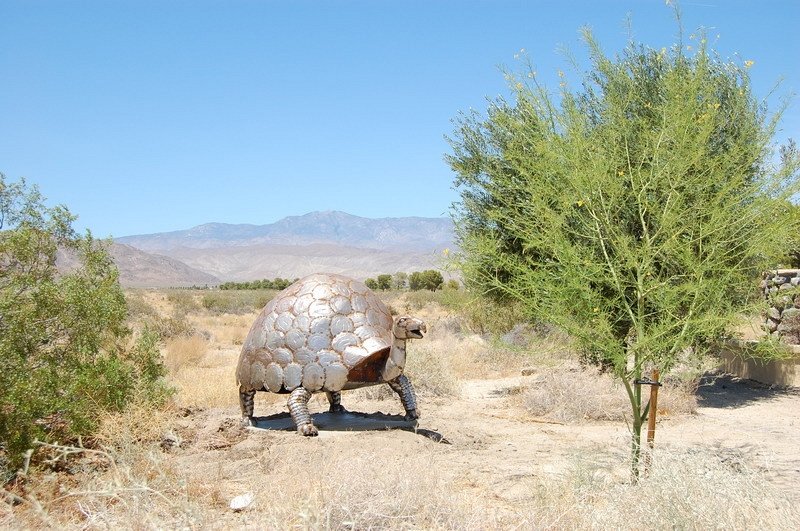 Littered along this road are gargantuan, beastly statues constructed from wire and steel. Sculpted by artist Ricardo Breceda, these pieces inhabit a large plot of land in the city known as Galleta Meadows, and they are surely a sight to behold.

You can spot animals such as camels, tortoises, and elephants, but also prehistoric creatures such as dinosaurs, giant birds, and even a huge scorpion fighting a cricket. Perhaps the piéce de résistance is the 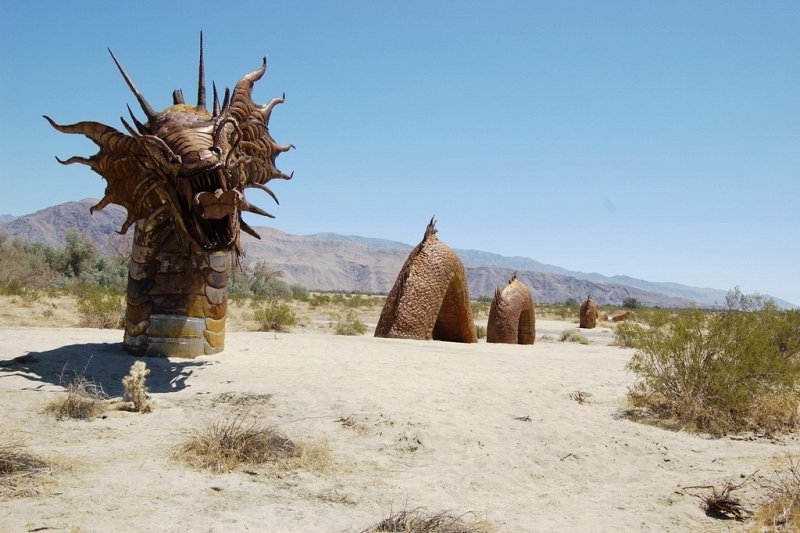 massive “sand dragon” a mile or so north of Christmas Circle that winds in, under, and around Borrego Springs Rd.

This map accurately displays the locations of most of these displays.

To some of you, a total of four hours spent in a hot car with screaming children and impatient spouses who think you’re driving terribly may not be worth it, but you’ll quickly change your mind after marveling at these manmade metal mammoths.

And ultimately, that’s what it’s all about – ignore the herd and find your own niche. Put those safe, responsible driving skills (courtesy of I Drive Safely, hopefully) to good use, and go somewhere you’ve never been. Who knows – maybe you’ll find your own ginormous metal serpent along the way.