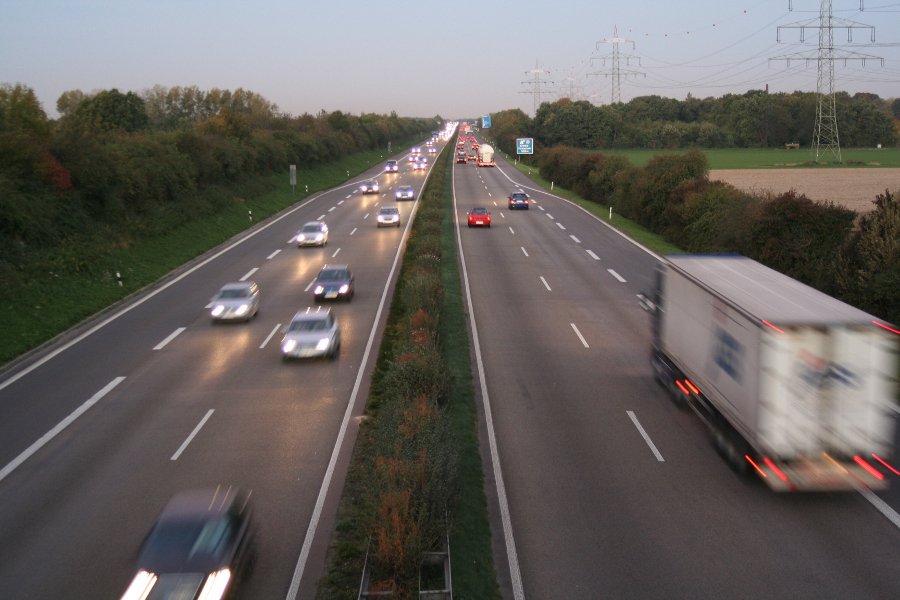 Of all the various traffic laws and rules of the road, the speed limit is perhaps the most contentious. It seems like most drivers don’t strictly abide by the posted limits on freeways, roads, and city streets – if anything, they rationalize that the speed limit is more of a suggestion than absolute law.

If that’s the case, then why not just abolish the speed limit altogether? After all, Germany’s famed Autobahn has no posted speed limits, and as of 2010, the country’s fatality rate per billion-travel-kilometers on motorways stands at an impressive 1.98 deaths – much lower than the United States fatality rate of 3.62 deaths. So what gives? Is the speed limit really a nuisance that gets in the way of our safe driving?

Well, not quite. Ultimately, it’s all down to the person behind the wheel.

Here in the United States, we have the most basic of freeway driving etiquette: the left lane is the fast lane and the rightmost lane is for slower vehicles. We typically follow this rule, but only when we want to. Passing cars through the right slow lanes is generally frowned upon, but it’s still a fairly common occurrence on the road.

On the Autobahn, freeway etiquette isn’t “etiquette” – it’s the law. It’s actually illegal to pass on the right; all faster vehicles are only allowed to pass from the left side only. Moving to the right is reserved for slower vehicles. On a fast-moving highway like the Autobahn, rules like this are necessary to prevent potentially fatal consequences.

Anything Driving-Related is Strictly Enforced

Most driving-related laws in Germany are considerably stricter than those in the United States. The legal driving limit for blood alcohol level in most of Europe is .05, nearly half that of most states in the U.S., and the penalties can include loss of license and expensive fines, even for first-time offenders.

Additionally, Germany puts stringent requirements on your regular automobile as well. The country seemingly has some of the cleanest, pristine vehicles on the road for good reason – all vehicles must be deemed roadworthy before they are driven on public roads. The Technischer Überwachungsverein (TUV) is responsible for inspecting your automobile, and it can be extremely strict – giving failing grades for seemingly minor things such as rust or dents on your car. The lack of jalopies or rust buckets on the road improves driver safety and decreases the potential for accidents due to mechanical mishaps.

Ultimately, the main reason Germany can do away with speed limits on their major highway could simply be the fact that German drivers are incredibly safe, good drivers. The amount of time, effort, and money that goes into earning a German driver’s license is admirable:

When all is said and done, German citizens put upwards of $2000 into driving school and driver training. It’s a serious investment, but by the end of it, it’s almost assured that drivers end up safer, more responsible, and quicker to react on the road.

Until the United States can up their standards of driver safety, it’s safe to say that an American Autobahn is nothing more than a distant pipe dream.