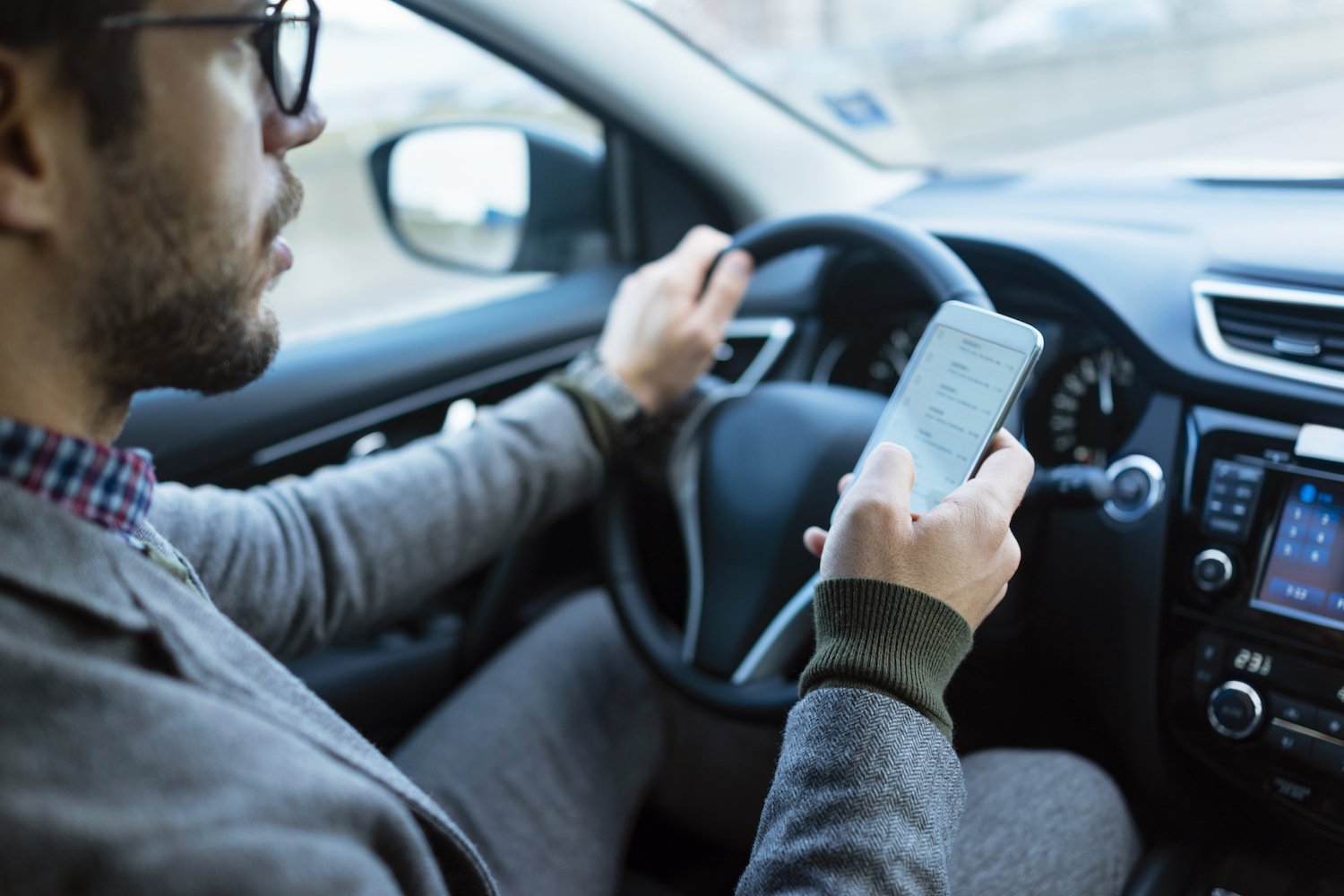 Most people know that texting and driving is banned on most American roads. The laws around texting at a stop light, however, are not as clear to many drivers.

Distracted driving refers to any behavior that distracts the driver while the vehicle is in motion. This creates a grey area when it comes to being at a red light. Many drivers consider it acceptable and safe to text while at a red light because, technically, the car is not “in motion”. But is texting at a stop light safe and what does the law say about it?

How Many Drivers Text at a Stop Light?

More than half of American drivers read messages or text at a red light or stop sign. In a survey on driving habits in the U.S., IDriveSafely.com found the following:

State Laws on Texting and Driving

Texting and driving laws vary from state to state. Forty-eight states plus the District of Columbia ban texting while driving. Twenty states and D.C. ban the use of a handheld device entirely. Thirty-eight states ban cellphone use for novice and teen drivers. Some states do allow texting under certain circumstances such as in an emergency or when reporting a crime.

Is It Illegal To Text at a Stop Light?

Even if your state does allow texting at a stop light, it’s wiser and safer to stow your phone while driving.

Penalties for Texting at a Stop Light

In California, a state with one of the strictest laws on texting and driving, first-time offenders are charged a fine of $150-$162 for a first offense and up to $285 for a second offense.

In 2019, Chicago’s texting and driving laws became tougher. It shifted from just a warning on the first offense to a fine of $75, followed by $100 on a second offense, $125 on the third offense and $150 for all future offenses.

Find out what the distracted driving penalties are in your state here.

Is It Safe to Text at a Stop Light?

A report by The National Center For Biotechnology Information (NCBI) shows that texting at a traffic light decreases “situational awareness” that can lead to driving errors or hamper reaction times.

Kara Macek of the Governor’s Highway Safety Association says, “It’s not safe to text at a stop light. Research shows that the brain remains distracted even after you put the phone down and start driving. And you need your brain at full capacity to drive safely. The best bet is always to stow your phone while behind the wheel and remain focused on the road for the full ride – whether in motion or stopped at a light”.

When drivers text at a red light, they may not notice when the light turns green. If the vehicle behind you honks its horn because you haven’t moved off, you may hit the accelerator pedal and take off through the intersection without assessing the road conditions and noticing a car that’s about it hit you. Fender benders are common when distracted drivers take off too quickly and rear-end the car in front of them.

Texting at any point in your driving journey is not safe. You risk not only an accident but also a traffic violation, which means ticket fees and defensive driving. It’s best to simply put down your phone until you reach your destination.