Does this scenario sound familiar? You and your spouse are driving to your child’s soccer game. You are running a little late…again. Your spouse weaves around cars on the highway, honking at a car in the passing lane, yelling at them to get out of the way. They follow the car closely until it changes lanes. You grip the door handle, close your eyes, and try to go to your happy place.

If you have an aggressive driver in your life, we have some advice for how to talk to them about road rage and how to help them keep their cool on the road.

The Impact of Road Rage

If you’ve ever felt anxious about a family member or friend’s road rage, you are not alone. Sixty-five percent of people we surveyed said they have felt unsafe due to another driver’s road rage.

Road rage is dangerous because it clouds thinking and judgment. 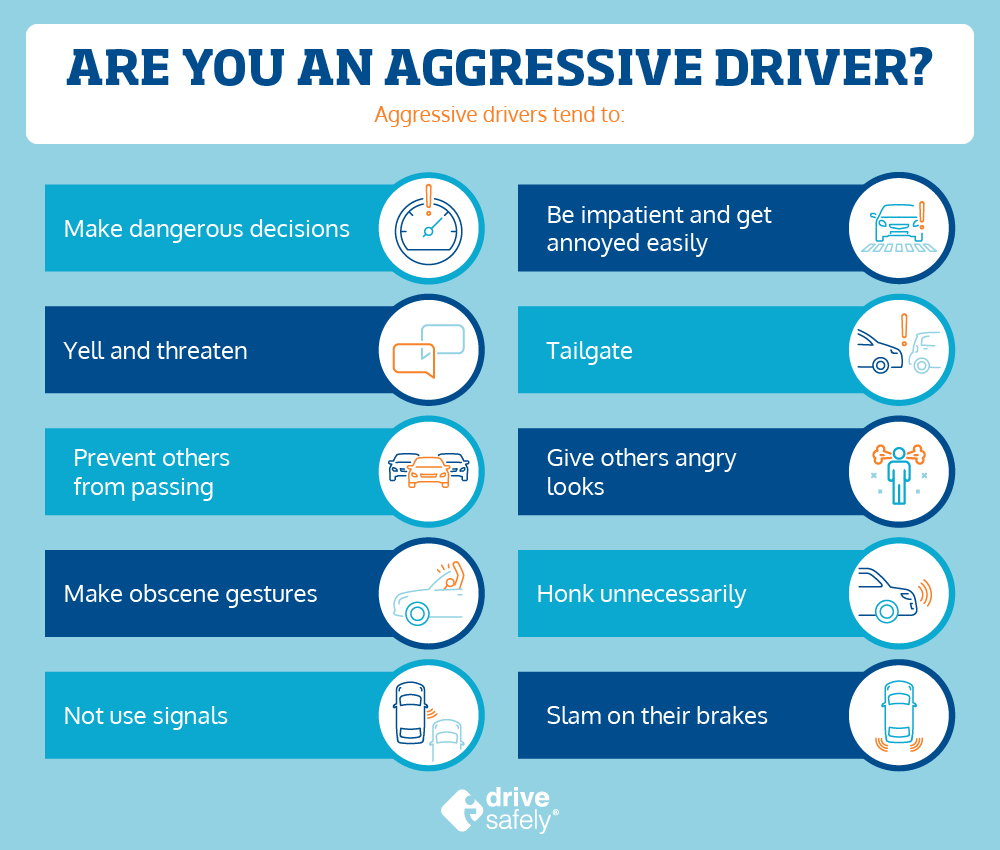 What Can Road Rage Lead To?

Road rage actually causes more road rage. Seventy-nine percent of people we surveyed said that anger at other drivers on the road was more likely to trigger road rage than anxiety about factors not directly related to driving.

Road rage also increases the likelihood of getting into a car accident. Our study found that 65% of those surveyed had been involved in an automobile accident caused by their own (27%) or another driver’s (38%) road rage. 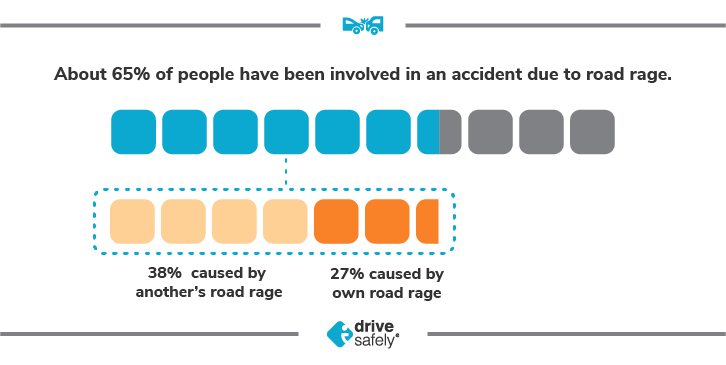 What Personality Type Has Road Rage?

Aggressive drivers tend to have one thing in common: anger. Someone who tends to lose their cool easily will also likely show a tendency toward road rage.

Why is this important to know? If you can address the root cause of the road rage (anger), you have a better chance of changing behavior.

How Do I Talk to Someone with Road Rage?

Talking to someone you love about their road rage is a difficult conversation to have, but it’s an important one. There’s no right or wrong way to talk about road rage, but you might want to consider a few of the following strategies for broaching such a sensitive subject.

How to talk to someone with road rage:

Our course offers these ideas for driving defensively (instead of aggressively):

One last tip: If someone you love is prone to road rage, and you know they are having a stressful day, offer to drive. Put on some calm music, take a few deep breaths, and try to enjoy the ride.

These suggestions are easier said than done sometimes, but it’s important to remember that lives are at stake. Road rage is no joke. When it comes to driving (and life), it’s always better to take the high road (and let people pass you).

Is road rage getting stressing you out? Calm down with some nice defensive driving.

Check it out today!