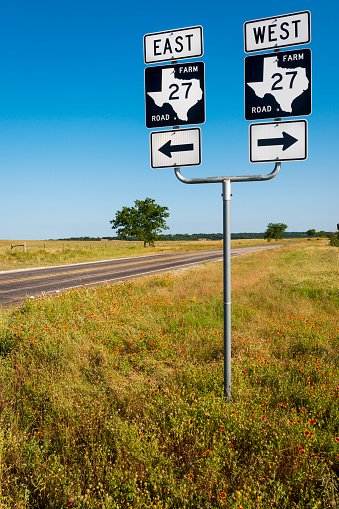 A guy in Oklahoma buys a brand new pickup truck. For sake of argument, let’s say it’s a Ford F150. He’s a rancher by trade and uses his truck for hauling supplies, transporting cattle, and myriad other things that require a decent amount of weight in and on his truck.

Another guy buys the same brand new Ford F150. He lives in Washington, and he’s a logger. His job entails driving up and down mountains, sometimes with large logs in the bed of his truck. He also uses his truck to tow machinery and heavy supplies to and from his worksite.

Two men with physically-demanding trades. Two trucks of the same make and model. Each man puts about the same amount of strain, wear, and tear on his vehicle, and each man has the same distance to drive to and from work every day. The only difference is that the Oklahoma rancher drives on flatlands, and the Washington logger travels on hills and through mountains. So… which gentleman gets the most bang for his buck out of his truck?

I have an unfortunate fact to share with drivers in mountainous states like Washington, Colorado, California, and Kentucky: you’re getting the short end of the driving stick.

While common sense (and maybe even experience) may lead you to believe that the act of coasting or braking on the downslope of a hill saves you a good amount of gas, as you are not expending any, tests and studies on gas mileage have proven that the output of gas on the way UP the hill is far greater than what you save on the way down – even in electric car energy . Especially with the hypothetical occupations of these two men – as each of them are towing and hauling heavy materials, the logger’s truck uses far more energy to break down the mountain than a normal 4-door sedan without any extra weight; the sedan could simply coast down the hill or mountain with intermittent braking. With as much weight as the logger is carrying, he has no choice but to use his breaks more often. This puts a fair amount of wear on his brakes, which will cost him a greater deal of money more often than the rancher from Oklahoma, whose brakes don’t get roughed up nearly as much.

A way to combat this is engine braking. By downshifting into a lower gear, the vehicle's engine acts as a compressor and reduces the overall speed without putting extra strain on the brakes.

High in the Sky

Another factor for poorer gas mileage? Elevation! Engines lose efficiency at higher altitudes, as the lower air pressure decreases the required octane levels, causing engines to fire at lower levels than they are built for. Additionally, increased wind friction also slows your car down, forcing it to work harder to achieve the same speeds. So the logger winding through the mountains has an engine that is putting out far more gas to do the same amount of work, whereas the rancher at a lower altitude clip through 10 MPH headwinds with no extra strain in his engine at all.

It Pays to Drive Safely

All of these situations are exacerbated if you are an aggressive driver, on both flat and hilly roads. Jerky movements and punching the gas pedal are damaging to your vehicle on any type of terrain. If your car is already under strain from additional weight, wind, and elevation, the addition of aggressive driving creates a perfect storm for mechanical problems galore.

If you find yourself driving a bit too aggressively, it may be a good idea to take a driver safety course. Drivers in Oklahoma, Washington, and any other state can learn proper defensive driving techniques and essential vehicle maintenance that will increase the output of their cars, as well as save gas unnecessarily expended by driving too forcefully. After all – every penny counts!