Energy. In many ways, it defines our very existence.

Until the emergence of the Industrial Age, human energy was the norm. But the resource was relatively limited and could be easily exhausted. We also used natural renewable energy like solar power to grow our crops, and we heated our homes by burning wood, converting it into thermal energy.

The explosion of technological progress in the last few hundred years is owed to both the advances in scientific discovery and the sudden abundance of usable energy from fossil fuels. One of the most profound changes was the emergence of the internal combustion engine, an invention that forever changed transportation and the course of American culture.

The Rise of the Internal Combustion Engine

Even before the time of Henry Ford, the internal combustion engine had become the dominant method of powering automobiles and delivering that satisfying rush of forward momentum that gets us from point A to point B. There were alternatives available to gas-powered cars. In fact, the first electric “car” (a horseless carriage powered by two crude electromagnets) was built in the 1830s, predating the first gas-powered car by about 50 years.

Why Internal Combustion Engines Beat Out Other Options

If electric vehicles already existed, then how did gas-powered vehicles become the standard? Electric and steam-powered vehicles were the first cars to be widely produced and driven. They definitely beat out a horse and buggy, but there were shortcomings that made the experience less enjoyable.

For starters, the early steam and electric vehicles were hard to start. You had to aggressively crank them to get the engine going. Steam engines were particularly troublesome during the winter when it could take 45 minutes to warm up. They also weren’t that fast and could only go so far before needing to be recharged or refilled with water. Another downside was that the first EVs could be difficult to service and repair. 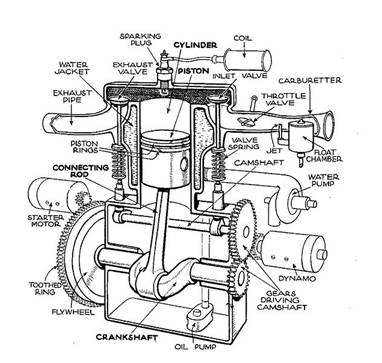 On the other hand, drivers liked that steam and electric vehicles weren’t nearly as smelly, noisy and dirty as gas-powered vehicles. Many drivers also appreciated that they didn’t have to shift gears, which was extremely difficult in the first gas-powered cars. But these benefits weren’t enough to eclipse the internal combustion engine upsides.

The internal combustion engine has served us wonderfully since its inception in the 1880s. However, one can’t help but wonder what might come next to supplant this aging technology that hasn’t changed much in its basic design and function since its origination.

Fossil fuel use is another concern. Crude oil takes millions of years to make but can be easily converted into gasoline giving us cheap and readily-available energy. But fossil fuels produce pollution and our supply is running out. Chemical battery storage technology is still being developed and may not offer the efficiency of gasoline yet, but it’s getting closer every year.

Automobile Fuels of the Future

There are far too many physical and economic factors involved for anyone to say for sure what the next generation of automobiles will look like under the hood (or if future cars will even have hoods). But there are definitely some plausible front-runners in the energy race.

The shortcomings of the original electric vehicles gave internal combustion engines the edge, but that’s changing. In the last few decades renewed focus on developing electric engines has driven the technology further than many people thought possible.

In the mid-1990s, General Motors produced a limited number of EV1 cars. They were all-electric and eventually became the main character of the documentary Who Killed the Electric Car? Then in December of 1997 Toyota began selling the Prius. It immediately gained a lot of attention and made electric vehicles mainstream again. Next came Tesla, and the automotive world was forever changed.

At first, drivers weren’t sold on the idea of an electric vehicle. Many of the old complaints were no longer an issue, but the limited driving range was still a serious setback. The thought of having to replace a very expensive battery after about 10 years also turned off some drivers.

Despite all that, the idea of driving an electric vehicle (EV) is also gaining in popularity as batteries get more efficient and cheaper. Globally, electric vehicle sales have been increasing. Even in the U.S. where gas-hungry SUVs are all the rage, plug-in EV sales have risen sharply since 2017.

Nuclear Power Under the Hood

Nuclear reactors have been used to generate power on a large scale since 1954, and despite conventional belief, they are relatively clean and safe when used properly. It’s not out of the question that miniature nuclear reactors could one day be housed in personal vehicles to power them.

Engineers are currently developing a new type of engine that combines the power of lasers with small amounts of a mildly radioactive substance called thorium to generate enough steam to power a car for years. The idea of not having to refuel for a few years certainly sounds like reason enough to give it a shot.

In a similar vein, NASA is already using plutonium to get its satellites into orbit and power its rovers. Though in fairness, they have a much longer distance to travel than the average commuter.

Can’t Walk On Water? Try Driving On It… 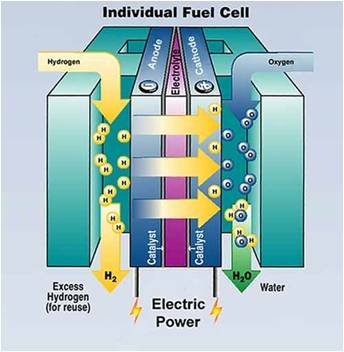 Another up-and-coming energy source right now is hydrogen, which is already being used in hydrogen fuel cell concept cars around the world. The main obstacle to using hydrogen on a massive scale is the amount of difficulty in extracting pure hydrogen from water through electrolysis.

It turns out that storing loose hydrogen gas atoms in a usable form is also surprisingly expensive. Currently, it would be way too expensive for the average driver to afford. If new breakthroughs in cheaper electrolysis and storage technologies emerge, though, there’s not much to stop hydrogen fuel cells from becoming the new under-the-hood standard.

Gas-powered vehicles will continue to dominate the road for a while yet, and enthusiasts will never let the platform completely die out. But with each electric vehicle that’s produced, there’s one less internal combustion engine being made.

Whatever the transportation of tomorrow will look like, we know for certain that there is only so much oil in the world, and internal combustion engine alternatives exist. Sooner or later the internal combustion engine that we’ve come to know and love will eventually go the way of the horse-drawn buggy. It’s an inevitable result of improving technology that drives us forward.