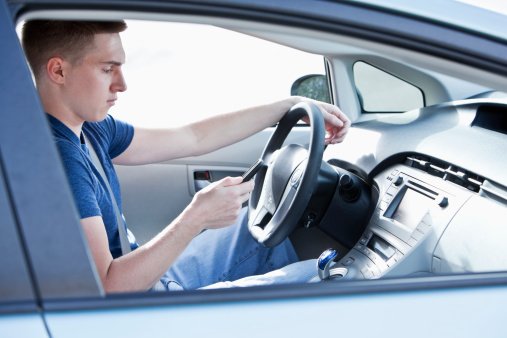 Why Is Car Insurance for Teenagers More Expensive?

Teens aren't 100% responsible behind the wheel--they have recently learned how to drive, and are still getting used to the process. Many are more distracted than adults and tend to care more about their Instagram and Facebook status than they do the traffic sitting in front of them. These are just a few of the reasons teens tend to pay higher insurance premiums than adult drivers. Some additional factors that contribute to increases in a teen's policy rates are:

Can (And Should) Teen Drivers Buy Their Own Auto Insurance Policy?

Penny Gusner, an analyst for CarInsurance.com, says "Even if you're under the age of majority, which is 18 in most states, you can buy and insure a car," Gusner explains. "However, in general, minors cannot enter into a contract, so they cannot sign for auto insurance by themselves. Depending on state laws, a teen may not be able to buy a car either, since that is a sales contract, without an adult signing on as well."

What this means is that even teen drivers who are responsible drivers and abide by the rules of the road can't enter into a binding contract for insurance. Even if they could, it is cheaper for adults to add teens onto their parents' policy. Many variables go into determining auto insurance rates. However, age is one of the most significant factors that cause price hikes in an insurance policy. By adding a teen to an existing plan, it will slightly increase rates. But, it won't be to the extent that a teen would pay to purchase an insurance policy under their name.

Why do Women Pay Less?

"Statistically speaking, teenage boys are simply higher risks for the insurance company that are their same age female counterparts," Gusner says. Women are more responsible than men. Additionally, many facts indicate women are more likely to avoid accidents, DUIs, and other offenses, behind the wheel. Studies suggest that:

Women pay more attention to the rules of the road than men do. They are more capricious behind the wheel than men. And, they aren't willing to take as many risks as men. All of these factors attribute to the lower rates women will pay than their male counterpart. Especially when it comes to insurance policies for teen drivers, these factors contribute to the final policy rates.

Even the safest driver, male or female, will pay a premium for auto insurance as a teen driver. Just how much that premium is will depend on the state, whether there are safe driver discounts, and whether there are any discount programs available from insurers. Rates vary from state to state; and, as teens progress, avoid accidents, and build their driving record, prices tend to come down a bit.

But, there's no way around it. As a teen, the auto insurance premiums are higher than they are for adult drivers age 25 and older. Parents with teen boys should expect to pay more for those insurance premiums than parents with a teen, female driver, who's getting ready to get behind the wheel.