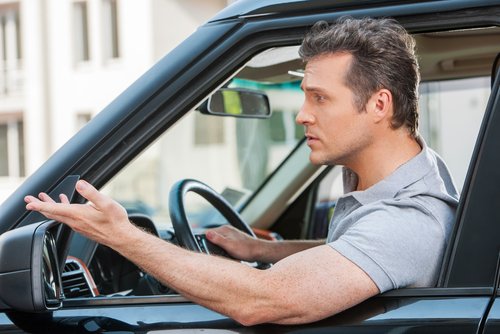 Driver’s education classes may teach prospective drivers the basics of safe driving etiquette, but they often fail to deliver on the more subtle aspects of operating a motor vehicle.

One of the best examples of this is the loud, annoying art of car horn etiquette. We see and hear disgruntled drivers liberally using it on the road during rush hour, and even make use of it ourselves when we’re peeved at an aggressive driver – but what’s considered acceptable horn-honking behavior?

Horn Etiquette Around the World

While we may use our horns liberally here in America, it’s a drop in the bucket compared to horn use in highly populated places such as Vietnam, China, and India. In those countries, horns are a way of life. These overpopulated, heavily industrialized regions use the horn as a simple method to boost situational awareness among drivers – a quick “beep” free of anger or rage lets every driver in a heavily congested area know that there’s another car near them. In China, liberal horn use is such a cultural mainstay that car manufacturers such as Ford install different horns in their Chinese vehicles to be more harmonic and communicative.

Use Your Horn for Driver Safety Purposes

In the United States, car horns are intended to be used the same way – to promote driver safety on the road. A simple press of the horn is meant to notify other drivers on the road of any impending dangers or impediments to driver safety.

It’s okay to honk your horn when:

Exercise proper judgement with your horn – sometimes a quick beep is all that’s necessary to get the attention of another driver. A long, drawn out annoying honk might aggravate other drivers and introduce charged emotions into an otherwise harmless, helpful scenario.

Your Horn is Not an Anger Management Tool

Thanks to the traffic-wrought streets of cities such as Los Angeles and New York City, the horn has long been associated with anger, displeasure, and frustration on the road. Cars moving too slowly? HONK. Cars braking too hard? HOOOOONK. Truck cutting you off on a slow-moving highway? HOOOOOOOONK.

The bottom line is, the car horn is not an “I’m unhappy” button. Not only does using your horn in anger fix nothing, but it also charges up the emotions of everyone else on the road, causing a potential increase in unsafe, aggressive driving. In other words, using your car horn in frustration causes the exact opposite of its intended effect.

Use your horn to help others drive safely – don’t use it was a beacon of displeasure on the road. Aggressive driving and road rage are increasingly frequent problems on the road that can lead to disastrous, even fatal consequences.

Don’t Forget About the Law

Using your car horn improperly can not only be unsafe – in some states, it may be against the law. Certain states such as Michigan and Washington have laws against honking horns for anything other than safety, while others like California make explicit mention of when to use a horn in their driver handbook.

Breaking these laws can result in fines, tickets, and marks against your driving record – which can contribute even more anger and stress to your commute.

So when in doubt, lay off the horn – the consequences can be grave.