Father’s Day is just around the corner, and if you’ve yet to get Dad a present, don’t worry: we’re here to help. This year, why not go the extra mile for Dad and get him something REALLY special – a fancy new ride! If car commercials teach us anything, it’s that the best gift of all is the expensive one that is parked in your driveway, with a big red bow on top (at least until you have to make your first payment, and get your next insurance bill ). Here are five suggestions, and while they might seem a bit elaborate, you can’t put a price tag on love. 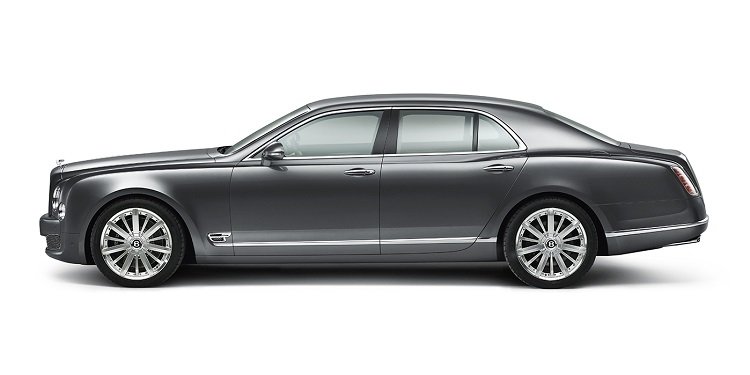 Dad’s been driving his sensible four-door sedan for years. Now, we’re sure that like most of us, he’s probably had dreams of ditching the family ride for a two-door sportscar. But that wouldn’t be practical. The Bentley Mulsanne , on the other hand, reeks of practicality. Actually, what you’re smelling is the interior: fine South American leather, scanned by a computer to insure that there are no cosmetic defects, and as many as nine different species of exotic woods. The Bentley Mulsanne’s seamless body construction is hand-finished, the car is hand-painted, and the engine is – you guessed it – built by hand as well. All of this quality workmanship for only $338,000? That’s a bargain! 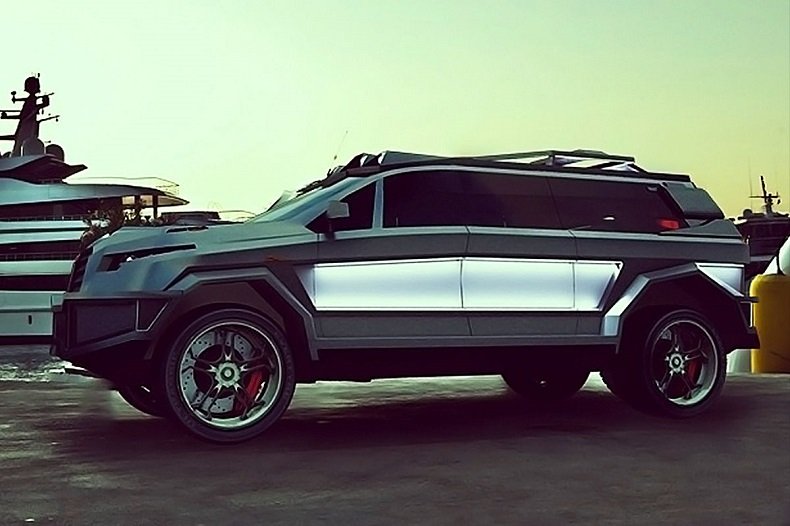 If Dad is looking for a vehicle that’ll let him ride out the Apocalypse in style, consider the Dartz Prombron Black Shark . It’s not so much a “luxury SUV” as it is an “opulent military-grade armored personnel carrier”. Powered by a twin turbo, 1500 horsepower V12, the 4×4 Prombrom Black Shark comes with a standard bulletproof front grill, and a body made of Kevlar-coated titanium. Other safety features include doorhandles with “an anti-paparazzi shock device” and fingerprint and retina scanner-based entry. The Prombron features real platinum and gold on the car’s interior knobs and switches, and leather upholstery; for this, Dad can choose from stingray, shark, ostrich, crocodile, and python. Sure, it’s rumored to cost just over $1,000,000 , but that’s nothing for a powerful oligarch like your Dad. 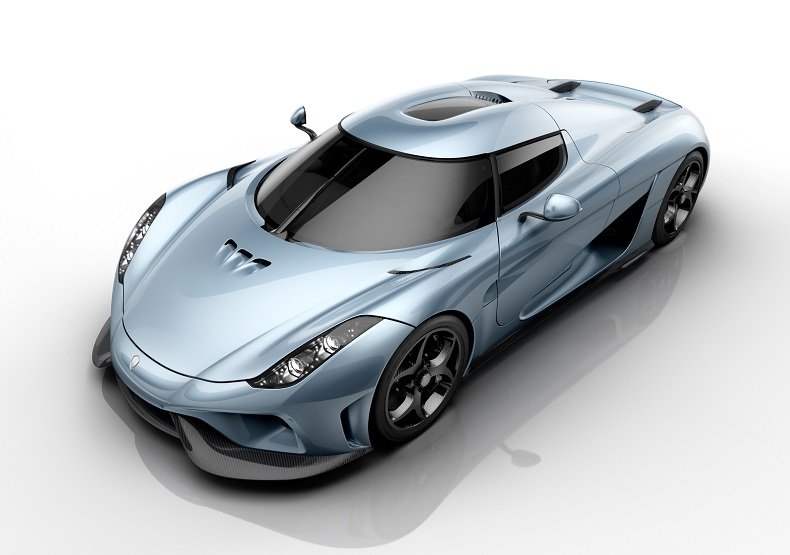 Sure, you COULD buy Dad a Bugatti Veyron, but really, shouldn’t you get him an environmentally friendly supercar? The Koenigsegg Regera may cost a little more than a Prius – ok, at $2.4 million, it costs a  lot  more than a Prius – but can a Prius go 250 miles per hour ? And if Dad doesn’t know how to drive a stick shift, no worries – the Regera’s unique drive system doesn’t have a traditional gearbox; it’s an elaborate automatic, simply using a “final drive” gearing made possibly by coupling 3 electric motors to the car’s 5 liter V8. (If you do buy a Regera for Dad, you should probably also set aside a little cash for traffic school .)

A Motorcycle Built By Keanu Reeves – the Arch KRGT-1 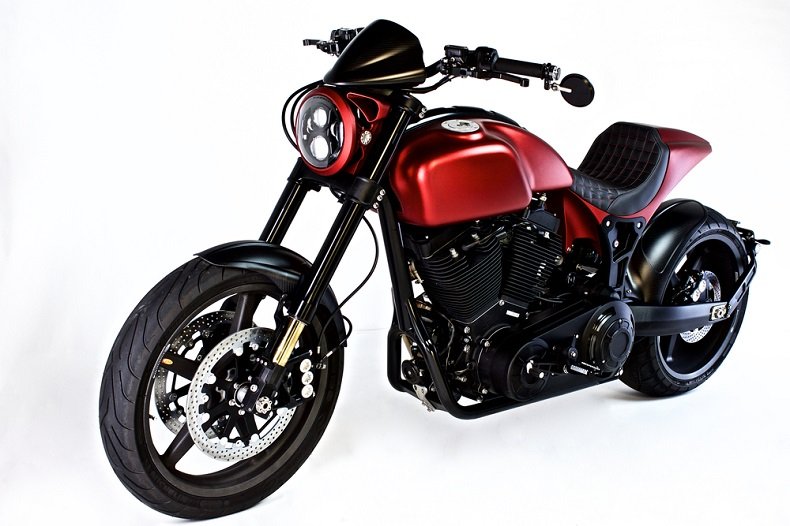 Ok, we lied: this article’s headline should read “4 Dream Cars and a Dream Motorcycle”. The Arch KRGT-1 is someone’s dream bike – namely, actor Keanu Reeves, who turned his lifelong love of motorcycles into a small side business. Working with noted bike designer Gard Hollinger, Reeves launched Arch Motorcycles in 2014. The KRGT-1 is the first model, a single-seat cruiser powered by a monstrous 2,032cc V-twin engine. And because it’s a bike, it won’t cost you nearly as much as the cars above. On the flip side, because it’s a custom bike hand-built by a company owned by a movie star, it’ll cost you $78,000. Whoa. (And if your dad doesn’t have his motorcycle license, we can help him pass his motorcycle test .) 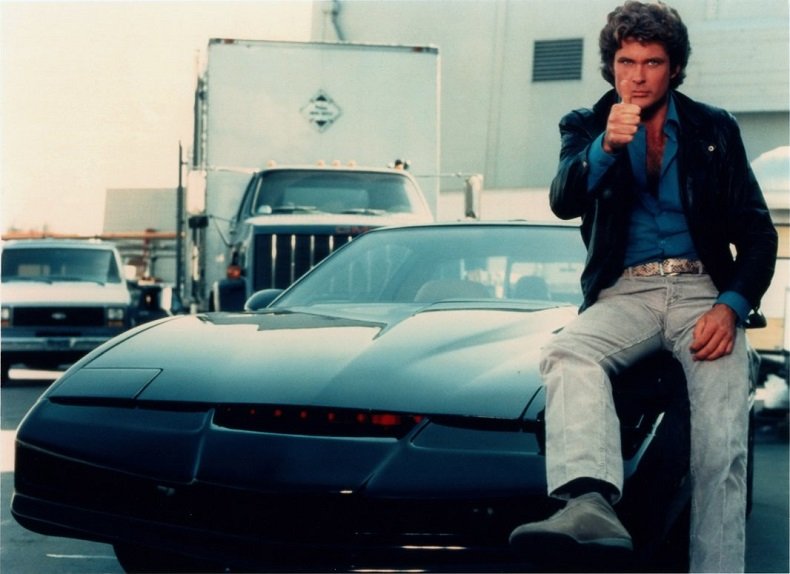 Finally, if your dad is a fan of cool cars, 80’s TV, and David Hasselhoff (and really, who among us isn’t), you can get him the ultimate Father’s Day present: K.I.T.T. That’s right, the actual car from  Knight Rider  is up for auction . It’s expected to fetch up to $300,000, so plan your bidding accordingly. Sure, $300,000 is a lot, but it’ll be worth every penny to watch your dad do this: