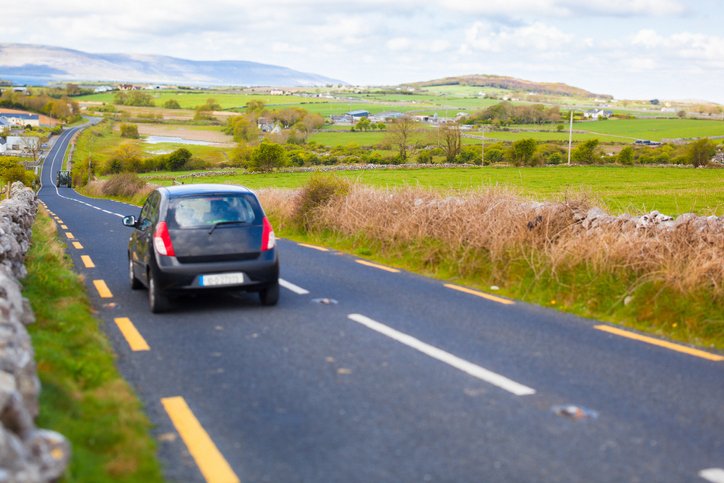 The Emerald Isle may be the most scenic place in the world for a drive. Breathtaking landscapes, quiet roads, blue seas in the distance ... what could be better?

But before you make a trip across the Atlantic, there are things you need to know about driving in Ireland. That’s why, this St. Patrick’s Day, we’re sharing these helpful tips.

Unlike in the U.S., where motorists can turn right at most red lights, you can never turn left on red in Ireland. Most road rules carry over, otherwise.

Like on American roads, all passengers are required to wear seat belts and like in some states, it’s illegal to use your phone while driving.

In Ireland, speed limits are displayed in kilometers per hour. Most drivers should catch on quickly, as speedometers are in kilometers as well.

In addition, town and country roads are often much narrower than American roads, and sometimes curvy to boot. Slow down and be prepared to yield to drivers on the other side of the road in particularly narrow spots.

How to Rent a Car in Ireland 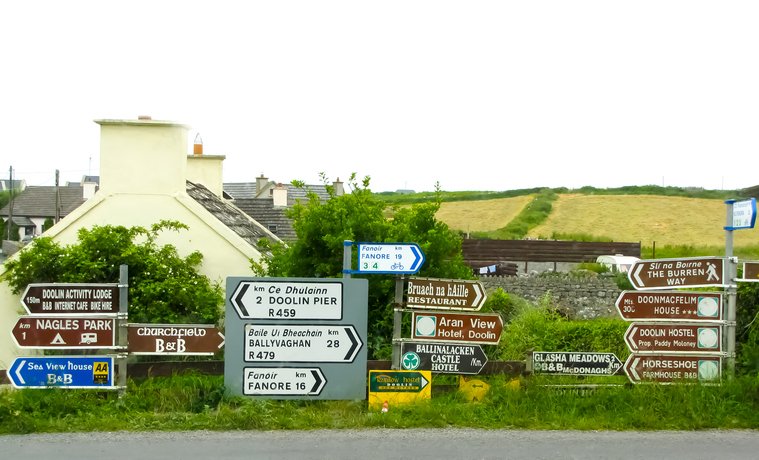 The best way to experience the beauty of the Emerald Isle is by renting a car. In Ireland, drivers must be at least 21 to rent a car and there may be extra requirements or fees for drivers under 25. An international driver’s permit is not required for Americans in Ireland. A U.S. license will suffice.

Most major American rental car brands are available in Ireland, which is fortunate for loyalty program members, but be sure to compare quotes from Irish brands to find the best price. When making your reservation online, pay close attention to the type of car you choose. While automatic transmission vehicles are standard in the U.S., manual transmission is common in the U.K.

Other tips for driving in Ireland

Driving in Ireland isn’t all too different from driving in the United States … there are a few changes that can take some getting used to but being prepared is half the battle. Be sure to:

Can’t-miss sites in the Emerald Isle

There are plenty of beautiful sites that make Ireland well worth the trip. If you’re driving around the country, consider visiting: