Home > Blog > Heads up, Hands on the Wheel

I Drive Safely, the nation’s leading online provider of driver education training programs, today announced the launch of its ongoing campaign against Distracted Driving called “Heads Up, Hands on the Wheel,” to help drivers understand the definition of distracted driving, the dangers that it imposes on their safety and those around them, and how to practice safer habits to prevent it.

The campaign kicks off today with the “Watch Out Loud!” teen video contest on Facebook in coordination with the 7th annual National Teen Driver Safety Week Oct. 20-26, supported by The Children’s Hospital of Philadelphia and State Farm Mutual Automobile Insurance Company. 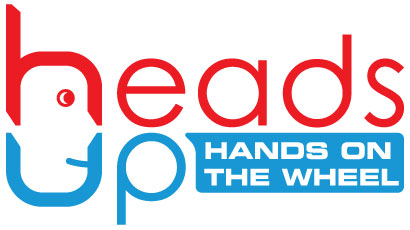 According to the National Highway Traffic Safety Administration (NHTSA), 11 percent of all drivers under the age of 20 involved in fatal crashes were reported as distracted at the time of the crash. In addition, this age group has the largest proportion of drivers who were distracted.

The “Watch Out Loud!” Teen Video Contest encourages teens to take a stance against driving distracted by creating a video up to two minutes highlighting the dangers of distracted driving  for other teen drivers. The deadline for submissions is Nov. 22 and prizes include:

The official contest rules and links to the entry forms can be found on our Facebook page or under the Driving Safety Category on I Drive Safely’s blog, The Express Lane. People’s Choice voting begins Nov. 23 on Facebook and winners will be announced Dec. 10. I Drive Safely is encouraging the public to vote for their favorite video and share their vote and support for the campaign on their personal social media pages.

The ‘Heads Up, Hands on the Wheel’ campaign is designed to educate drivers of all ages about the three types of distractions that can occur while driving: visual, manual and cognitive.

“Texting is by far the most distracting activity that drivers can engage in, but people need to know that other activities such as eating, grooming or adjusting the radio are in some respects equally dangerous since it causes drivers to take their eyes off the road,” says Greg Hallinan, Chief Marketing Officer of I Drive Safely.

“The message that resonated with people was that text messaging while driving increased the risk of a crash or near-crash by 23 times over a driver who wasn’t distracted,” said Hallinan. “With teens at the highest risk for accidents and driving fatalities, I Drive Safely felt it was important to kick off a public awareness campaign, with a focus on teen drivers, to help educate them about the importance of removing or ignoring distractions when they are driving a vehicle.”

Teens age 15-19 are encouraged to show their support of the campaign by entering the “Watch Out Loud!” Teen Video Contest on Facebook starting today through Nov. 22.